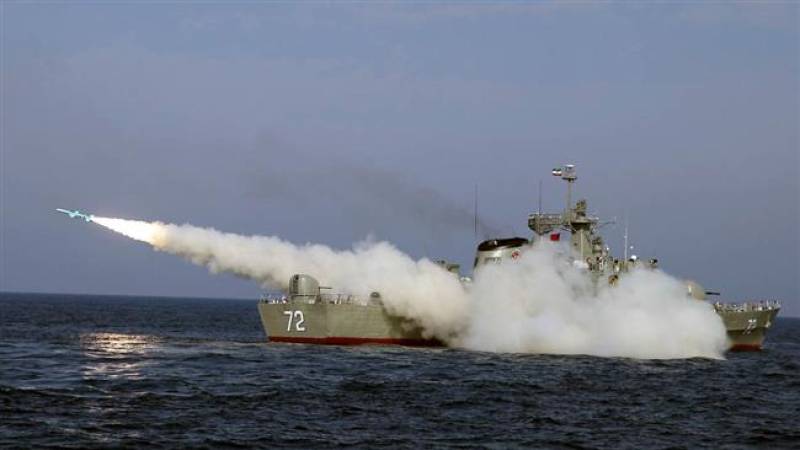 TEHRAN - Iran’s navy has successfully test-fired the latest versions of the domestically-manufactured Nasr and Dehlaviyeh missiles during a military drill in the Gulf, local media reported on Monday.

“The latest naval cruise missile called Nasr was test-fired during Velayat 95 naval manoeuvres in the southern waters of the country,” said Defence Minister Hossein Dehghan, according to the Fars news agency, adding that the missile had successfully hit the designated targets.

Tasnim news agency said the Dehlaviyeh, a laser-guided missile, had also been successfully launched, while ranges of the missiles have not been shared.

Iran's navy had begun an annual drill near the strategic Strait of Hormuz -- its first major exercise in the area since the January 20 inauguration of U.S. President Donald Trump, Iranian state television reported, adding  that the two-day exercises began on February 26.

Iran is already facing sanctions imposed by the U.S. after it ts ballistic missile test on January 29. The US sanctioned 13 individuals and 12 entities related to  missile programme and Trump’s national security adviser Michael Flynn said that the US was putting Iran on notice over its “destabilising activity”.

Iran’s Revolutionary Guards website had claimed that the purpose of the military exercise in Semnan province was to “showcase the power of Iran’s revolution and to dismiss the sanctions.”