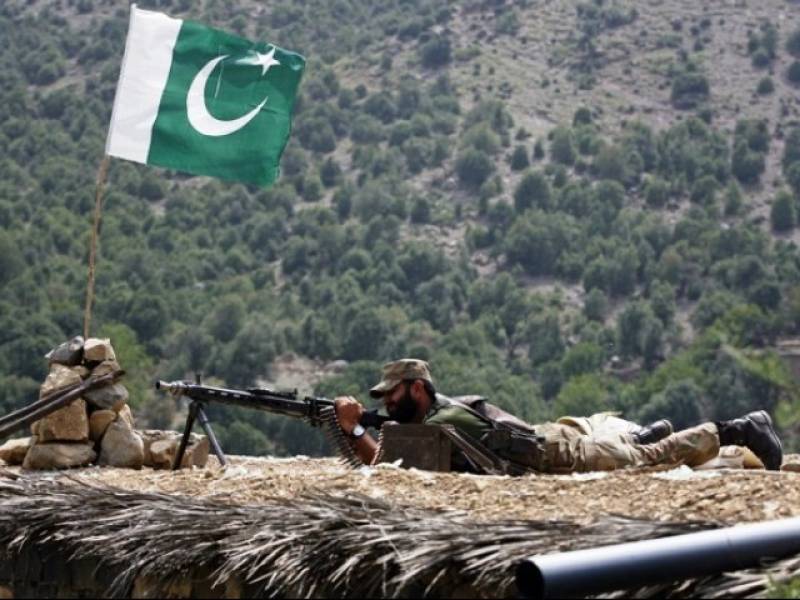 ISLAMABAD - A Pakistani soldier was injured on Sunday when terrorists targeted Pakistani military posts from across the Afghan border, ISPR said in a statement.

The injured soldier was shifted to a medical facility at Wana via helicopter.

It is relevant to mention that Pakistan has already sealed Pak-Afghan border at Torkham following a recent spree of terror attacks.