Blue Homeland 2019: Turkey kicks off its largest ever naval drills 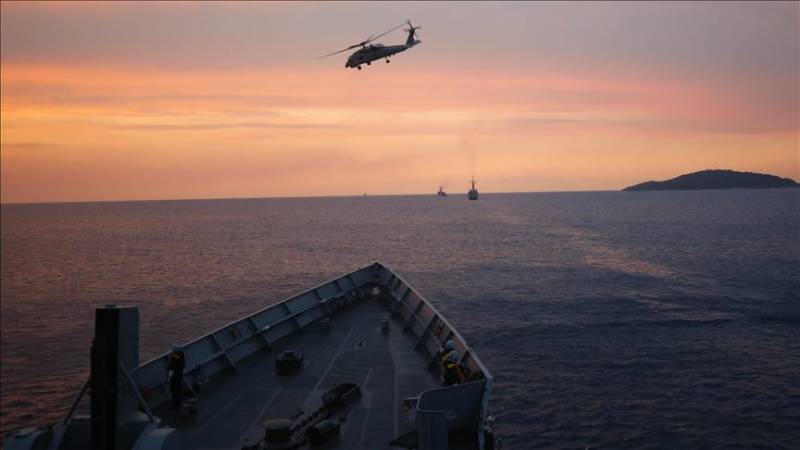 ANKARA – The largest naval drills in Turkey's history, involving 103 vessels, started on Wednesday, in all the three seas surrounding the country the Black Sea, the Aegean Sea and the Eastern Mediterranean Sea.

As many as 13 frigates, six corvettes, 16 assault boats, seven submarines, seven mine hunting vessels and 14 patrol boats, as well as other vessels, will take part in the drills, the Anadolu news agency specified.

The four-day exercise, dubbed Blue Homeland 2019, is coordinated by the war center command of the Turkish Naval Forces.

The biggest naval exercise in the history of the Turkish Republic "Blue Homeland-2019" has started.https://t.co/iWK4pzTDUa

The drill was planned six months in advance in line with NATO rules and regulations.

The drill is coordinated by the Naval War Center Command and will last through March 2.

Last week, the Israeli Navy's entire fleet of missile boats and submarines and all of its naval commandos took part in a large-scale tw-days exercise in a wide swath of the Mediterranean Sea running parallel to the Israeli coast from Haifa to Ashdod.