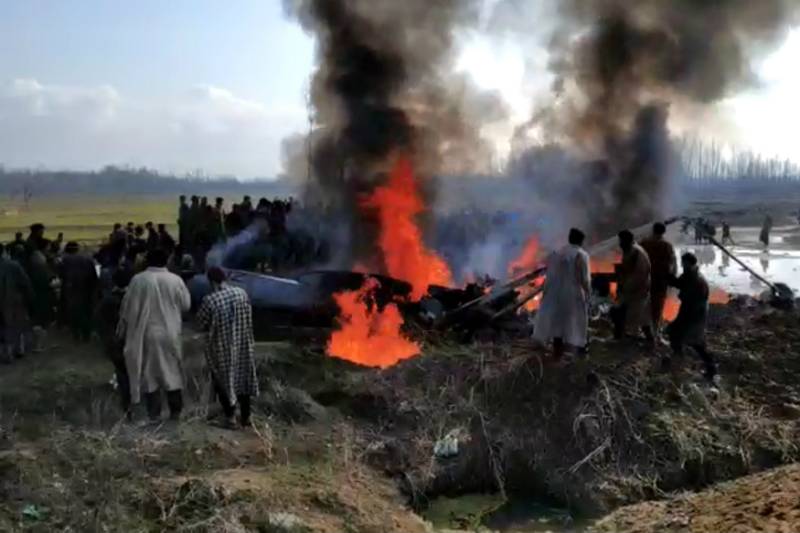 MUZAFFARABAD – Two Pakistan Air Force jets targeted two Indian warplanes in a dogfight and shot them down along the Line of Control (LoC), the military's spokesman has confirmed.

An Indian pilot was believed to have died after his plane went down into flames inside Budgam area of Indian Occupied Kashmir, while one Wing Commander Abhi Nandan was captured alive by Pakistan troops on the ground in the Azad Kashmir region.

The retaliatory act comes after Pakistan warned India of a "surprise" on Tuesday in the wake of Indian military aircraft's intrusion into Pakistani airspace.

The downing of Indian aircraft was confirmed by Foreign Office in a statement in Islamabad. However, FO spokesperson Dr Mohammad Faisal said this was not a retaliation to continued Indian belligerence.

#Pakistanstrikesback #PAF undertook strikes across LoC from Pakistani airspace. Sole purpose of this action was to demonstrate our right, will and capability for self defence. We do not wish to escalate but are fully prepared if forced into that paradigm#PakistanZindabad

“The sole purpose of strikes was to demonstrate our right, will and capability for self defence,” he wrote in a tweet.

Pakistan has no intention of escalation, but are fully prepared to do so if forced into that paradigm, the spokesman said, adding that “we undertook the action with clear warning and in broad daylight”.

For the last few years, according to the foreign office, India had been trying to establish what they call a 'new normal' a thinly veiled term for doing acts of aggression at whatever pretext they wish on a given day. “If India is striking at so called terrorist backers without a shred of evidence, we also retain reciprocal rights to retaliate against elements that enjoy Indian patronage while carrying out acts of terror in Pakistan.”

He went on to say that “we do not wish to go to that route and wish that India gives peace a chance and to resolve issues like a mature democratic nation.”

Three of a family were among those martyred in the Indian firing. A woman was martyred in Indian unprovoked firing in Khoi Rata sector of the LoC while a citizen was critically injured in the LoC violation in Abbaspur sector.