VIDEO: Kashmiris on Indian side of LoC chant pro-Pakistan slogans at the crash site of IAF jet 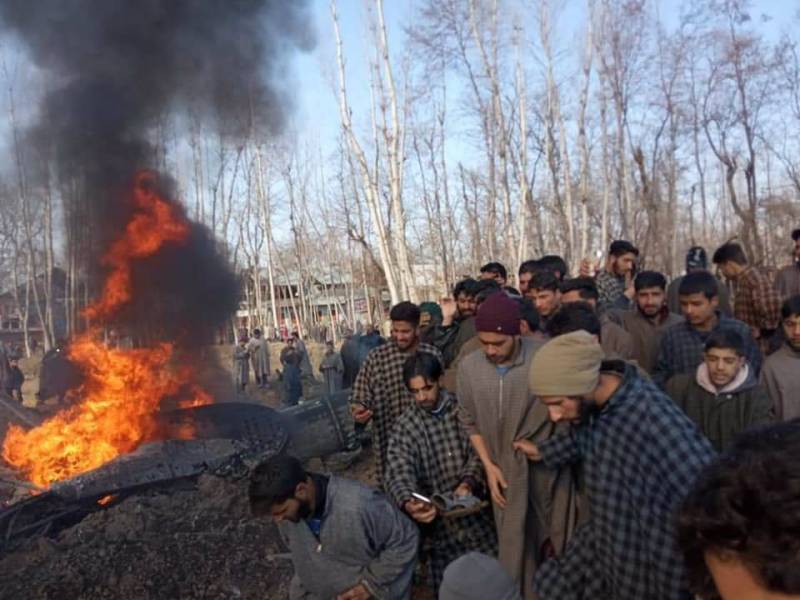 Pakistan Air Force on Wednesday undertook strikes across the Line of Control from within Pakistani airspace, and targeted two Indian warplanes, the military's spokesman has confirmed.

Both the Indian jets were shot down by the PAF pilots. Two Indian pilot were killed as their plane went down into flames inside Budgam area of IoK, while two others were captured by Pakistan troops on the ground in the Azad Kashmir region.

The retaliatory act comes after Pakistan warned India of a "surprise" on Tuesday in the wake of Indian military aircraft's intrusion into Pakistani airspace.

Major General Asif Ghafoor said after taking the targets, two aircraft of Indian Air Force violated LoC and entered into Pakistani territory. PAF engaged them and both of these were shot down, with debris of one falling inside our territory and the other in Indian Occupied Kashmir, he added.

“Two Indian pilots were taken into custody and they are being treated well. One is injured and is being provided proper medical care,” he confirmed.

Meanwhile, a video has been released by Pakistani Army that shows the identity and the surrounding information regarding the Indian pilots.

"My name is Wing Commander Abhinandan and my service number is 27981," the Indian pilot can be heard revealing his basic details in the video.

Indian authorities have also confirmed the pilot, who is son of a retired air marshal, has not returned to the Indian air base after the sortie.