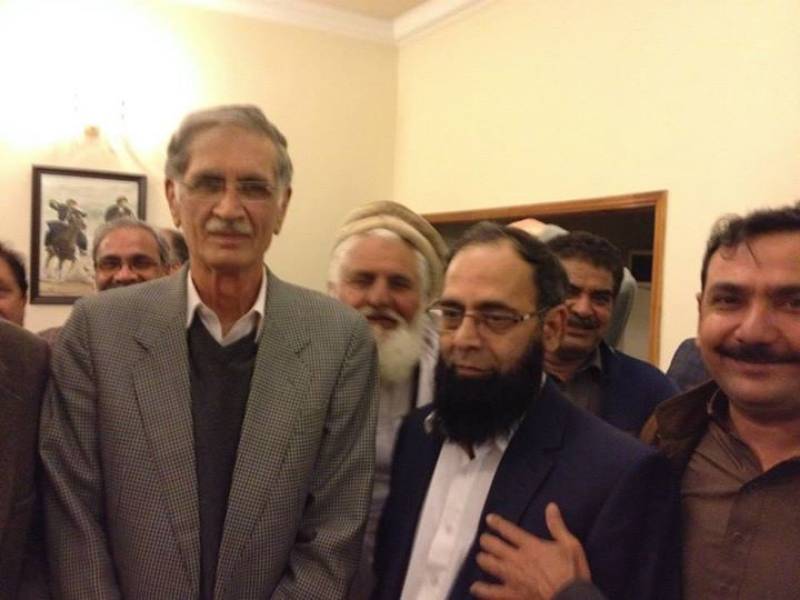 Tarakai, who formerly belonged to the Awami Jamhuri Ittehad (AJI) party which merged into PTI in 2015, held a press briefing on Wednesday in which he handed over his reservations in written form.

In general, the legislator expressed concern over the policies opted by the chief minister and unequal distribution of development funds.

“The party (PTI) is being run on personal whims,” he said.

Tarakai maintained that he would soon hold a meeting with PTI Chairman Imran Khan and discuss the matter with him.

He also expressed reservations over irregularities in appointment on various posts.

Tarakai further accused Khattak of keeping aside PTI’s agenda and setting his own rules to run party business according to his own wishes.

“The matters of the government are not proceeding in the right direction and performance of chief minister regarding allocation of funds and fresh appointments is not impressive,” he added.

Muhammad Ali Tarakai who was elected from PK-33, Swabi-III is also a relative of K-P Minister for Health Shahram Taraki.

Regarding the outburst, a senior PTI member acknowledged that there actually was an internal rift between Muhammad Ali and the party’s leadership.

He said that the Tarakai family had reservations over some political and financial matters with the chief minister.

A member of Tarakai family anonymously said that all former AJI members would hold a meeting in Swabi on Thursday (today) to discuss their future strategy.

It bears mentioning that five MPAs of the defunct AJI and an MNA had joined PTI because both AJI and PTI shared a similar agenda.