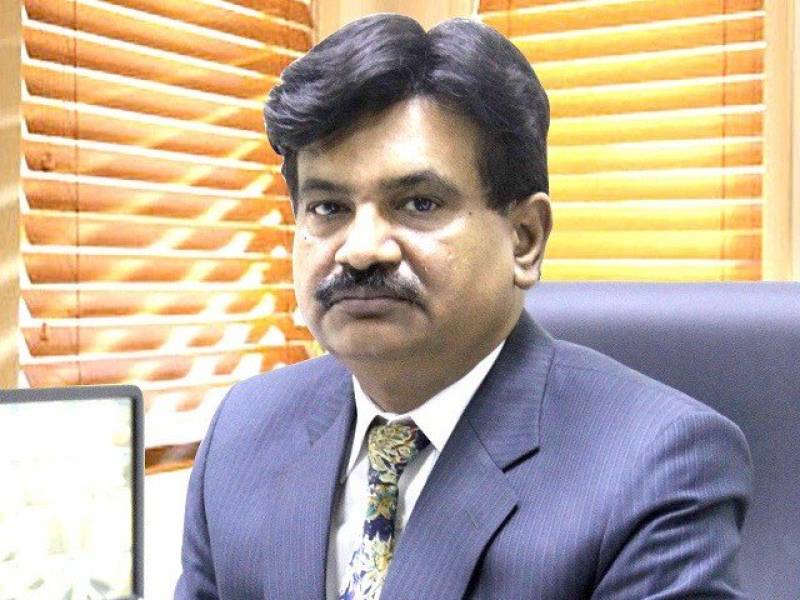 NAB had cleared Raja on June 11 and issued him a clearance certificate which he attached with his nomination papers submitted to Returning Officer to contest the polls for PP-10. 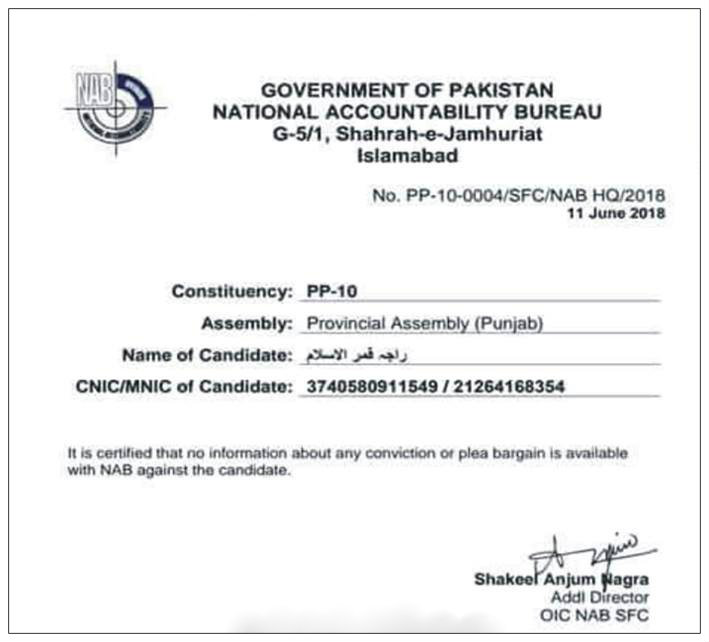 However, 13 days later, the Bureau arrested him just after the PML-N fielded Raja to contest general elections against Chaudhary Nisar Ali Khan from NA-59.

The PML-N leadership has termed Raja's arrest as political victimization to sabotage the election campaign.

Earlier this week, the NAB arrested Qamarul Islam Raja and Wasim Ajmal, both former officials of the Saaf Pani Company, in a corruption scam.

An accountability court on Tuesday approved a 14-day physical remand of both the accused.

Raja is accused of having awarded contracts for 84 water treatment plants at a higher price. His predecessor Ajmal is also accused in the case.

As the hearing went underway on Tuesday, Islam’s lawyer contended that the proceedings against his client were based on merely the basis of allegations.

He accused the NAB and the Election Commission of Pakistan (ECP) of collusion for political victimization of his client.

The court further ordered NAB to present the accused on July 9 again.

The NAB in November last year had launched a thorough probe into alleged corruption in the 56 public-sector companies, including the PSPC, formed by the Shahbaz Sharif administration in Punjab.

PSPC is one among 56 companies formed by the chief minister. Chairperson NAB Justice (retd) Javed Iqbal had ordered an inquiry into complaints of embezzlement in these companies. Besides, the Supreme Court of Pakistan had also taken notice regarding PSPC and provision of clean drinking water.

Two weeks ago, during the proceedings before the court, the officers of the Punjab government had conceded that at least Rs4 billion had been spent so far but PSPC had yet to produce a single drop of clean drinking water

These companies are accused of certain irregularities, recruitment in violation of procurement rules and merit, nepotism, and non-completion of various projects on time.

The National Accountability Bureau (NAB) Lahore has sent the third notice to PML-N President Shahbaz Sharif in the Saaf Pani Company Project scandal after he failed to appear before the anti-graft buster team twice.