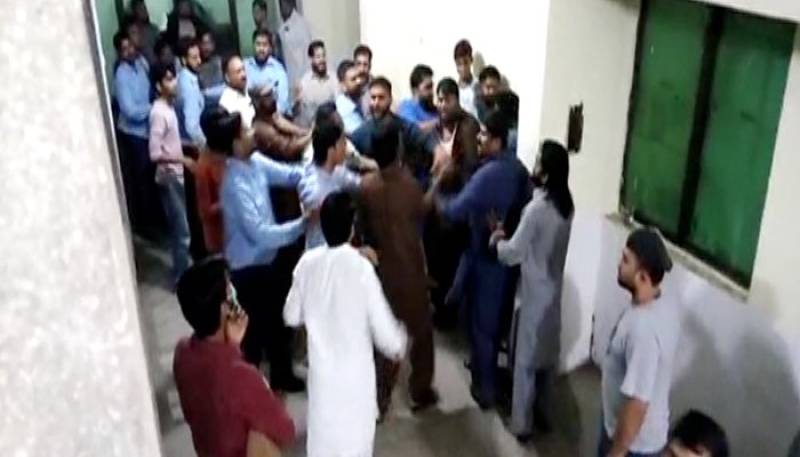 LAHORE - Police in the Punjab capital city registered a case against the staff of a public hospital, including doctors, in Lahore for allegedly torturing an official of motorway police to death early Tuesday, local media reported.

The incident occurred after a brawl erupted between the staff of the Lahore Services Hospital and attendants of a patient, who was undergoing a treatment in gynecology ward of the hospital.

According to the police, an attendant and a lady doctor exchanged harsh words on some issue and the scuffle turned into a brawl between security guards and Sunil, who is a constable in motorway police and brother of the patient.

One of the security guard, identified as Nawaz, received injuries during the fight in the ward. Later, young doctors and administration staff reached the spot and tortured the motorway police official, according to Dunya News.

Sunil, later, succumbed to his injuries, while the wounded security guard is said to be in critical state.

Following the incident, a large contingent of police reached the hospital and shifted the body to mortuary for postmortem. The relatives of the dead constable are accusing the hospital staff of killing Sunil.

A report has been registered at Shadman police station, while further investigation is underway.