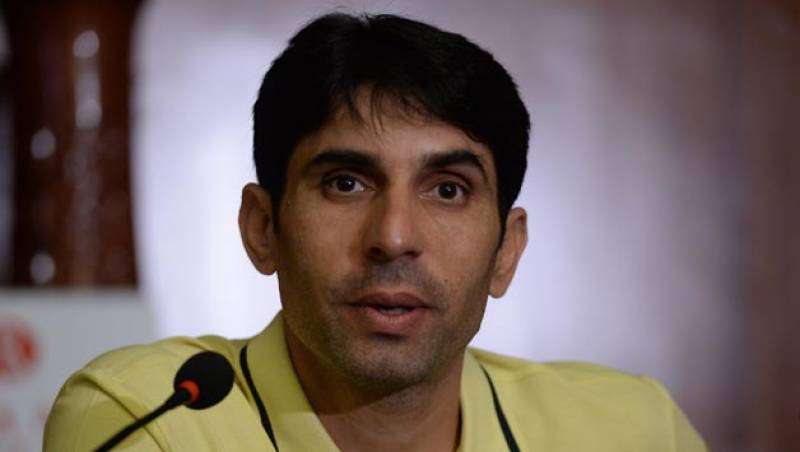 LAHORE (Web Desk) – Pakistan test team skipper Misbah-ul-Haq, who has not led the team on home ground so far, is very optimistic to lead test cricket team in Pakistan as international cricket has returned to the country while saying “I regretted not being part of the team in home series against Zimbabwe as well”.

Misbah, who failed to play home series against Zimbabwe as he had announced his retirement from ODI cricket in March this year, praised Zimbabwe's decision to tour Pakistan and hoped that it would open the gates for other Test nations to make the trip in the near future.

"I would love to captain Pakistan in Tests at home before I retire," Misbah told cricket.com.au. "I hope soon some team will visit Pakistan and we will play a Test series here. Even during the matches against Zimbabwe I regretted not being part of the team.

"People have proved that cricket is still alive in Pakistan," he said. "The way fans have turned out to watch matches, despite searing heat and extraordinary security measures, it has strengthened the view that international cricket should be played here”.

"The people of Pakistan have shown to world that they can't be kept away from cricket. We have given a very strong message to the world," he said. "Zimbabwe is not much popular as compared to other cricketing countries, (and) still the fans have come out in large numbers to support them. It shows how badly we were missing cricket."

"The government should take more steps to bring cricket in Pakistan."

Misbah said the home advantage could do wonders in nurturing the new upcoming talent in Pakistan cricket.