Iran would never allow territory to be used against friendly Pakistan: Ambassador 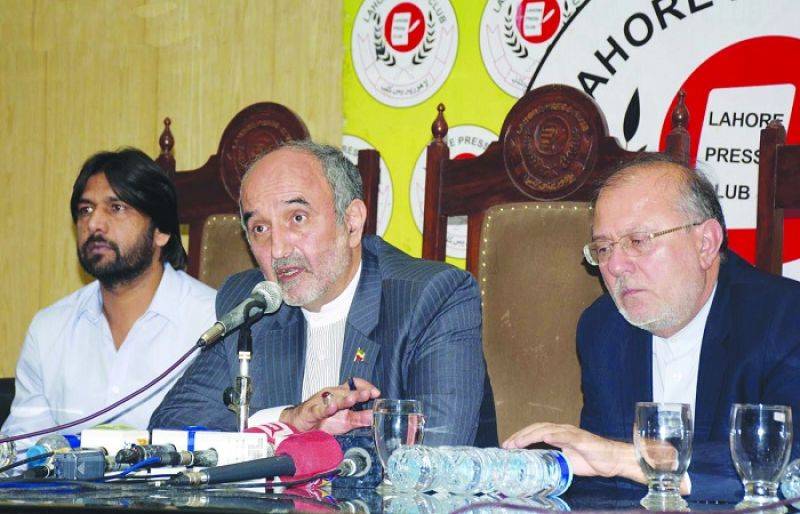 ISLAMABAD (Staff Report) - Iranian ambassador to Pakistan Mr Mehdi Honardoost has said that Tehran is a time-tested friend of Islamabad which would never allow its territory to be used against its neighboring Muslim state.

Speaking at a seminar in Islamabad, Honardoost said that Iran had overcome unjustified Western sanctions but had stood by Pakistan in every hour of need. He said that Iran did not discriminate between terrorist elements and had opposed the Taliban regime in Afghanistan for last two decades.

He questioned why Iran would support Mullah Mansour and the Taliban when it had openly opposed them for many years, in response to recent allegation that have risen within the Pakistani media

"On the other hand, there are some countries who condemn terrorism in their statements, but provide them logistic support and fund their terrorist activities in different countries," he noted.

He also said that Iran had completed work on the Pakistan-Iran gas pipeline project, which cost over 2 billion dollars, and that it was now Pakistan's turn to implement the project on its side of border.

The ambassador went on to say that some countries don't want to see this landmark project being implemented, however it is in the interest of both Iran and Pakistan.