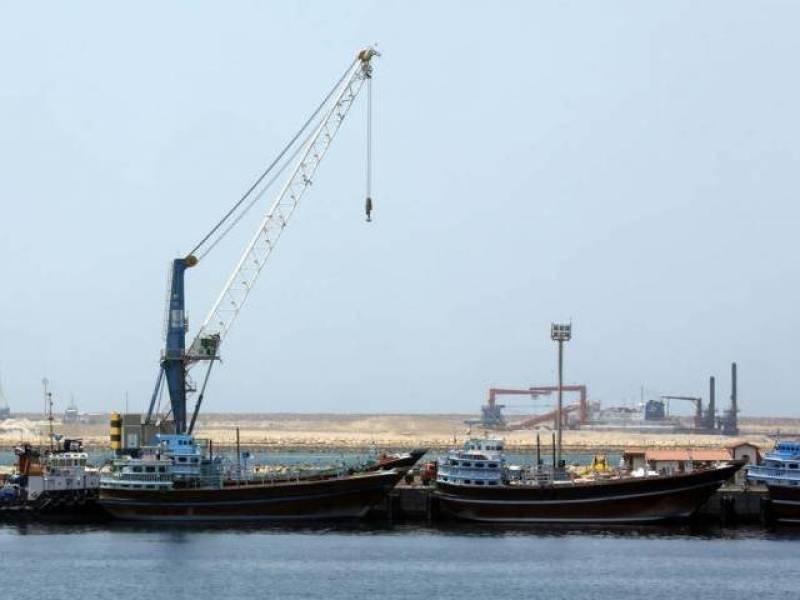 ISLAMABAD (APP) - Adviser to the Prime Minister on Foreign Affairs Sartaj Aziz on Thursday said that Pakistan was considering linking Gwadar with the Iranian harbor Chabahar, in which India has a major stake.

“Pakistan welcomes projects of regional connectivity which have the potential to generate economic activity,” Aziz said while responding to a question during a press briefing.

The adviser hinted at declaring Gwadar and Chabahar as “sister ports” and said Pakistan was also constructing a road to the Iranian port being developed jointly by India, Iran and Afghanistan.

“A number of proposals for regional connectivity are on the cards and even China is pursing routes other than China-Pakistan Economic Corridor (CPEC) in the region.”

In response to a question regarding the country’s losses in the war against terrorism, Aziz said, “Pakistan has suffered 60,000 casualties of which about 10,000 are those of security personnel.”

The foreign affairs adviser said the war against terror had also caused a $110 billion loss to the country’s economy, adding it was not justified to equate the US financial assistance to Pakistan as “aid” because it was a “reimbursement” of what the country had lost to fight militancy.

“We don’t want to meet our losses through American aid. We want an overall cooperation by the United States which is more important for the region,” he said.

Commenting on the implementation of Pakistan’s anti-terror program, Aziz said it had been successfully implemented under the on-going National Action Plan (NAP).

“We have the ability to deliver better when facing challenges,” the adviser said when asked about Pakistan’s strategy to cope with the current challenges.

He said being a nuclear power and a stable economy, Pakistan would sail smoothly and move forward by overcoming the current issues.