BOL tv just confirmed, they will be handing out aeroplanes in their Ramzan show 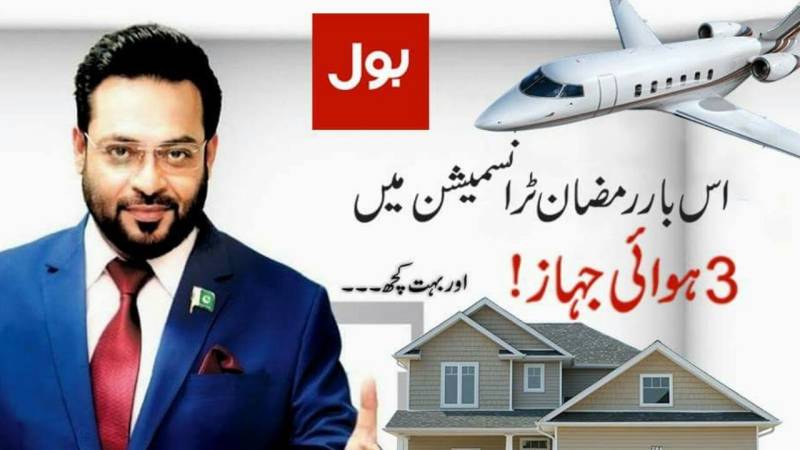 Bol tv has finally confirmed that it will be gifting free aeroplanes to the winners in its special Ramzan shows.

Aamir Liaqat Hussain has once again surprised Pakistani audiences by releasing a shocking promo for his new game show in the Islamic month of Ramazan.

The controversial presenter will appear on screens in ‘Ramazan mein BOL’ – a new game show on the pattern of his previous transmissions where he will give away several gifts and cash prizes.

The televangelist has announced that his Ramazan Mein Bol transmission will be establishing the fact that “Pakistan Mein Game show Aise hi Chale Ga”.

The game show – “Ramazan mein BOL” – which will air on Saturdays and Sundays at 10pm, includes three airplanes, 30 houses, 60 cars, hundreds of kilograms of gold, and other cash prizes.