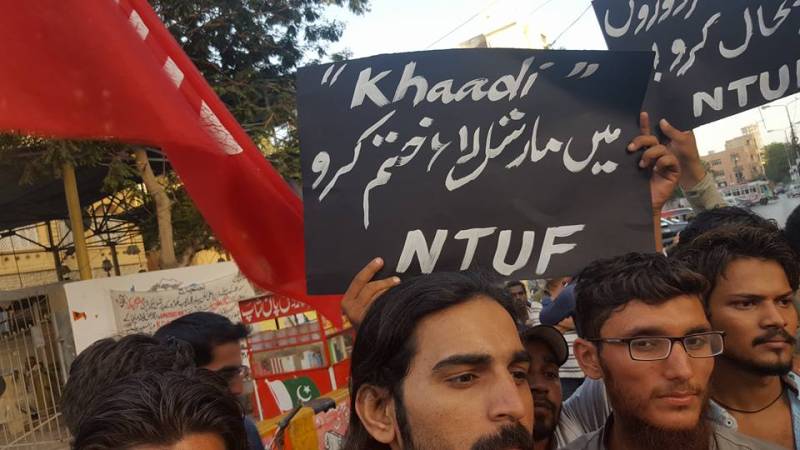 LAHORE - Outraged over alleged firing of 32 workers by clothing fashion brand Khaadi, an assortment of people gathered outside M.M Alam store of the outlet, demanding the reinstatement of workers who were sacked for demanding fair wages.

Workers affiliated with the company and rights activists who gathered to stage protest against Khaadi sought to know as to why workers were dismissed simply for demanding an increase in wages and better working conditions.

The protesters said they were raising the issue because the working conditions in Khaadi were very poor. "Workers are treated like slaves," reportedly said one of the protesters.

A hashtag #BoycottKhaadi is also trending on the Twitter with prominent people calling for the nationwide boycott of Khaadi.

Working condition in #Khaadi. Factory gatewas closed for 32 workers. 124 more workers' job is on risk as all were veryactive in unionization pic.twitter.com/wT6H4sFrrA

These workers of Khaadi say that working conditions are very bad - say that those who spoke out were sacked pic.twitter.com/Nd0V3hCF27

We have also reached out to Khaadi for their comment over the issue and await their response.