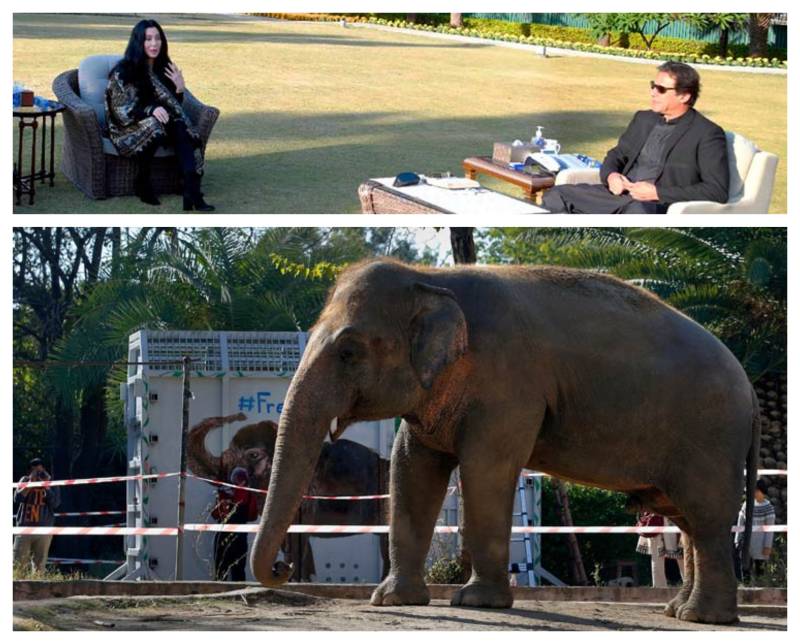 ISLAMABAD – American singer and actress Cher, who is dubbed as ‘Goddess of Pop’, arrived in Pakistan Friday to mark freedom for an elephant caged in Islamabad zoo.

Dubbed the "world’s loneliest elephant,” Kaavan spent 35 years in the Marghazar Zoo and lost his partner Saheli in 2012. He will soon leave the animal sanctuary for better conditions after years of lobbying by animal rights groups and activists including the US artist.

Fighting for years to free Kaavan and transfer him to Cambodia, Cher's struggle was finally successful as the Pakistan High Court offered freedom to the lonely elephant and set his departure this month.

Thrilled with the news, Cher flew to the Pakistani capital and thanked Prime Minister Imran Khan as she met him at Bani Gala.

"Just Came From Meeting To Thank Prime Minister Imran Kahn For Making It Possible For Me To Take Kaavan To Cambodia. Kaavan Will Be Able To Leave For Cambodia on Sunday. Think Documentary Will Be Heartwarming."

Just Came From Meeting To Thank Prime Minister Imran Kahn For Making It Possible For
Me To Take Kaavan To Cambodia. Kaavan Will Be Able To Leave For Cambodia On The 29. Think Documentary Will Be Heartwarming🙏🏻.

PM's office released a video of the singer sitting with the prime minister outside on the expansive grounds of Imran's residence.

According to tweets by the Prime Minister's Office, the premier appreciated Cher's efforts in retiring Kaavan to an elephant sanctuary and thanked her for the campaign – through her organisation 'Free the Wild'.

Appreciating her efforts in retiring #Kaavan to an elephant sanctuary, the Prime Minister thanked Cher for her campaign and role in this regard. pic.twitter.com/eIhmRc4KHW

The training of Kaavan who has been termed an overweight 35-year-old bull elephant has been done to get him ready for his journey to Cambodia. A medical examination in September revealed animal nails were damaged due to his living condition. The news of his departure comes as a relief for the world as now he will join other elephants in Cambodia. 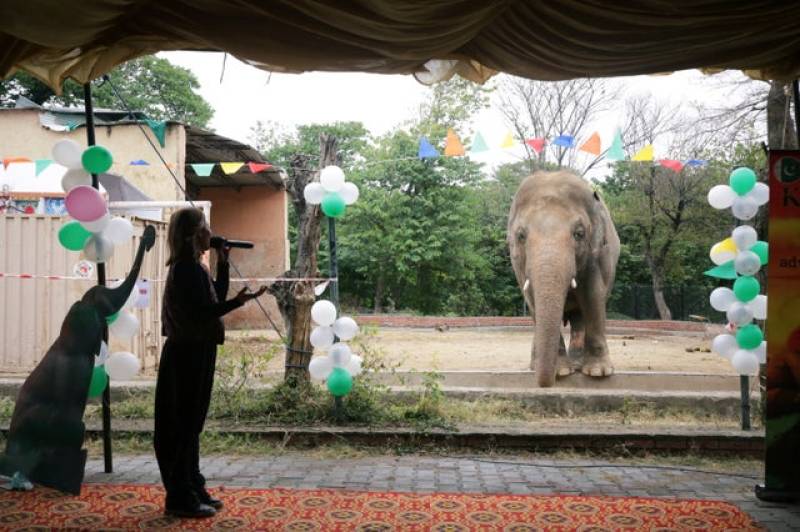 His health had been extremely affected after his fellow elephant's death as he developed violent tendencies and became untameable.

Kaavan responds well to the music so Cher also sang for him at a farewell karaoke party.