The movie that caused much controversy: Allied's official poster is out 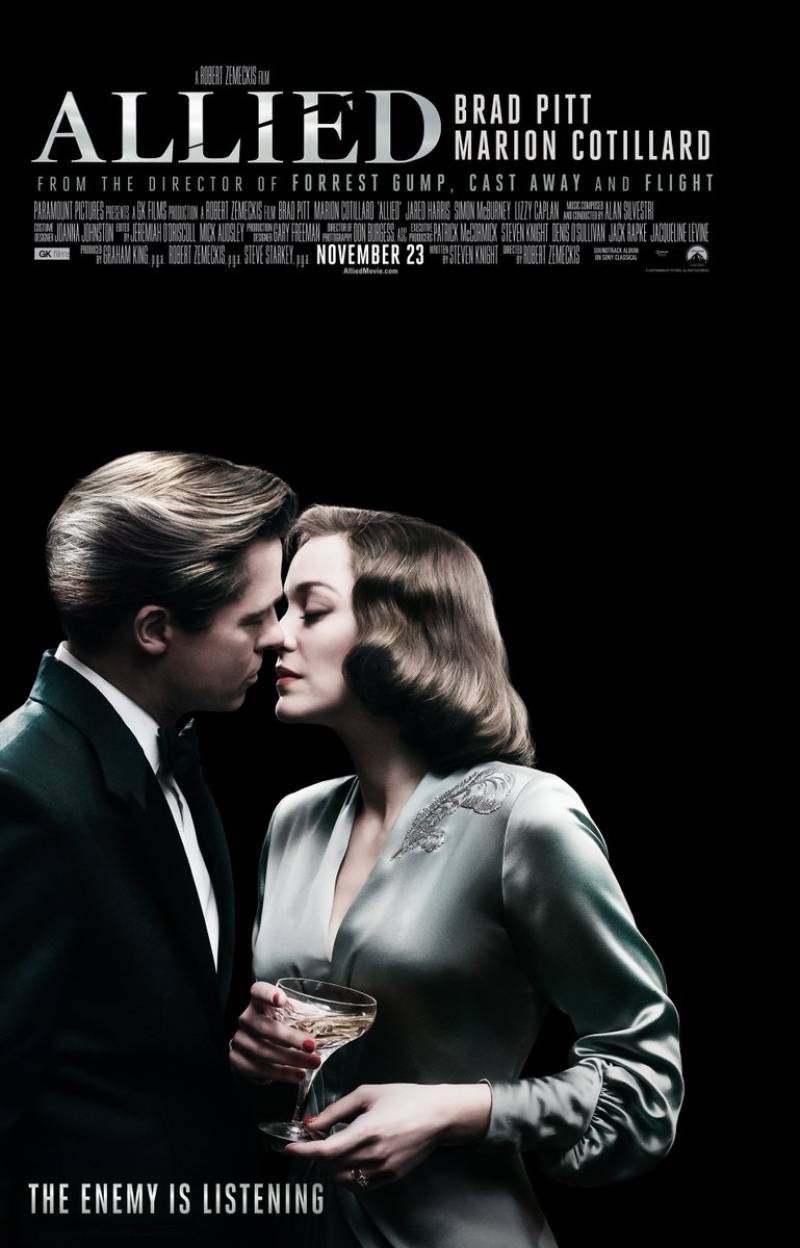 Marion Cotillard and BradPitt starrer Allied is an upcoming WWII drama, and have just released the official poster of the film.

The teaser was released earlier this week, with the 52 year old Bradpitt and 41 year old French actress Marion starring as married assassins.

The preview sees officials confront intelligence officer Max Vatan (Pitt) with their suspicions that his wife (Cotillard) is a German spy.

"Brad and Marion immediately had the utmost respect for each other, so once they delved into their character, their chemistry was electric," producer Graham King told People magazine in August.

Allied opens in theaters Nov. 23. Pitt will also star in War Machine with Tilda Swinton and World War Z 2, while Cotillard is slated for Assassin's Creed with Michael Fassbender and Ismael's Ghosts with Charlotte Gainsbourg, reportedly .