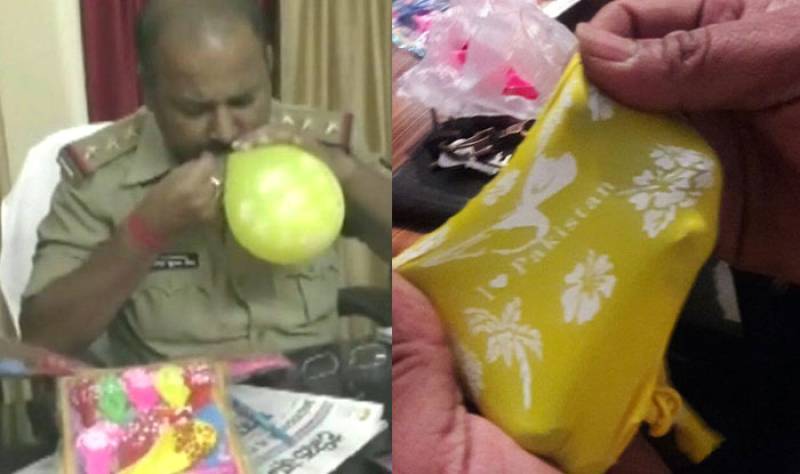 KANPUR - Indian Police detained two shopkeepers who were caught selling balloons with 'I love Pakistan' written on them in Kanpur city.

According to the police, advocate Ajai Pratap Singh, who is associated with an extremist militant Hindu group, Hindu Yuva Vahini noticed the balloons at a shop in the Govind Nagar area when he visited the store to shop for his son’s birthday.

'Singh immediately passed on the information to Govind Nagar police which swung into action and detained the retail vendor and supplier,' said the Indian news agency PTI.

Apart from 'I love Pakistan', the Arabic word Habibi was also imprinted on the seized balloons. Habibi means 'my love' or 'my darling'.

Amit Singh, station house officer (SHO) of Govind Nagar police station, said that the vendor and supplier have been identified as  Sunny and Sameer Vig.

Police have registered a complaint about making assertions prejudicial to national integration under the Indian Penal Code.

The detained persons said that they purchased the balloons from ‘Gubbarey Wali Gali’ in Sadar Bazar, the biggest and the oldest wholesale market in Delhi. A team was dispatched to the place for further investigation as well.