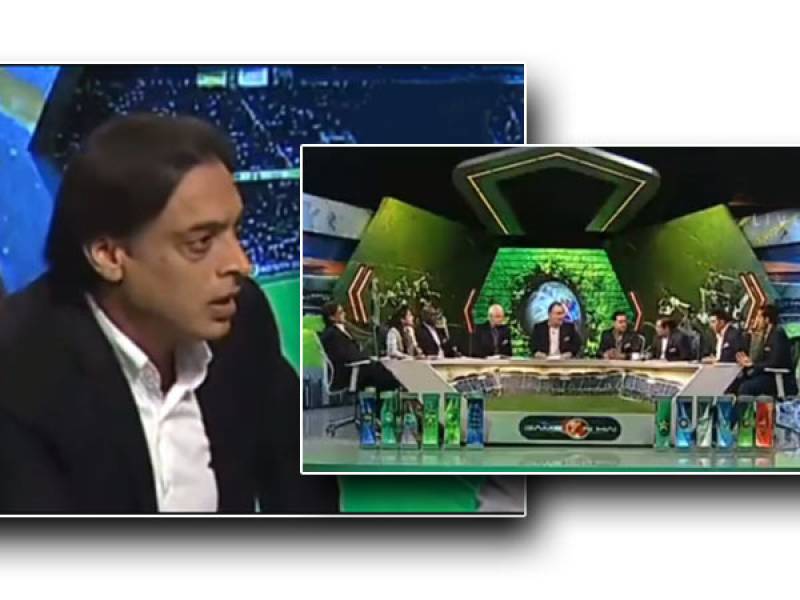 ISLAMABAD – Ministry of Information & Broadcasting has formed a committee to probe into the controversial moment on the state-run sports channel which occurred in wake of the spat between Shoaib Akhtar and host Dr Nauman Niaz.

Reports in local media quoting sources said federal Information Minister Fawad Chaudhry took notice of the matter as Akhtar ended up leaving as a panelist during the live broadcast of Game on Hai.

The PTV management has been directed to investigate the matter as Dr Nauman ‘insulted’ Pakistani heroes in front of foreign stars. MD PTV, HR members, and other officials are part of the committee.

Meanwhile, a meeting of the inquiry committee has been convened today in which on and off air statements will be cross-checked to find the reasons behind the moment that is a matter of national shame.

The probe members will send their findings to Minister Fawad Chaudhry in which action will be taken accordingly.

Following the viral videos, PTV host and cricket expert Dr Nauman also took to his official handle to clear the air. Commenting on the matter himself, he said Akhtar was a ‘star’ who had brought accomplishments for the country however he added that “one side of the story always attracts”.

I wonder why one has to be reminded @shoaib100mph is a star. He has been the best of the best, he shall always be. He has brought laurels to the country is undeniable. One side of the story always attracts nonetheless having been friends for ages I’ll always wish him the best.

It all started during a post-match analysis when Shoaib Akhtar walked off a Pakistan Television (PTV) show and stepped down from the state broadcaster after being insulted by host in front of foreign stars.

During a discussion on the Pakistan squad, 'Rawalpindi Express' credited Qalandars for discovering Shaheen Shah Afridi and Haris Rauf.

Amid the cross talks, the host took issue with Akhtar's comments and said: "You are being a little rude so I don't want to say this but if you're being over-smart then you can go. I am saying this on air."

Once the show started after the commercial, the Pakistani pacer apologized to the guests and announced his resignation from PTV, saying that he could not continue with the program because of "how I was treated on national television.

The incident soon became viral with the two individuals becoming top trends on the microblogging platform and videos of the confrontation circulating which prompted Akhtar to issue a video message to "clarify" the situation.