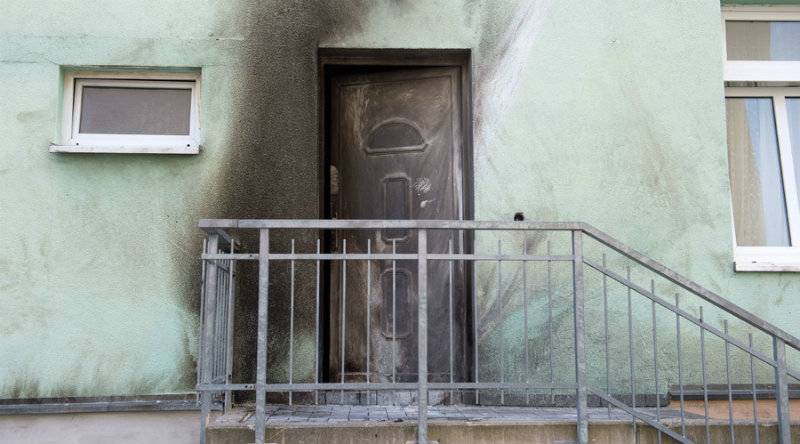 BERLIN - A mosque was severely damaged after two improvised explosive devices went off in the eastern German city of Dresden yesterday.

An international conference center was also attacked. No one was injured, according to police.

Both explosions took place on Monday evening. Police first responded to an emergency call informing them of an explosion at Fatih mosque on Hühndorfer Street, the Russia Today reported.

The authorities said that the imam and his family had been inside the mosque at the time of the detonation, but had managed to escape unharmed. The door of the mosque was pushed inward by the force of the blast and the building was heavily covered in soot.

More than 50 police officers were deployed to the sites of the blasts, including the crime scene group of the State Criminal Office of Saxony. Authorities say they found parts of hand-crafted explosive devices at both locations.

Although the investigation is ongoing, police believe the motive behind the blasts was xenophobic.

Security measures have now been increased at all of Dresden’s mosques and other Muslim institutions.

Germany was the target of several violent attacks this summer, with three of them committed by migrants. In two cases the assailants pledged allegiance to so-called Islamic State, a terrorist group based in Iraq and Syria.

The terrorism threat prompted numerous attacks on refugees in the country, including arsons and attacks on asylum centers.

In one of the most recent incidents of the kind, 40 people, including eight children, were pepper-sprayed in a refugee facility by an employee of a building company working at the site of the shelter.