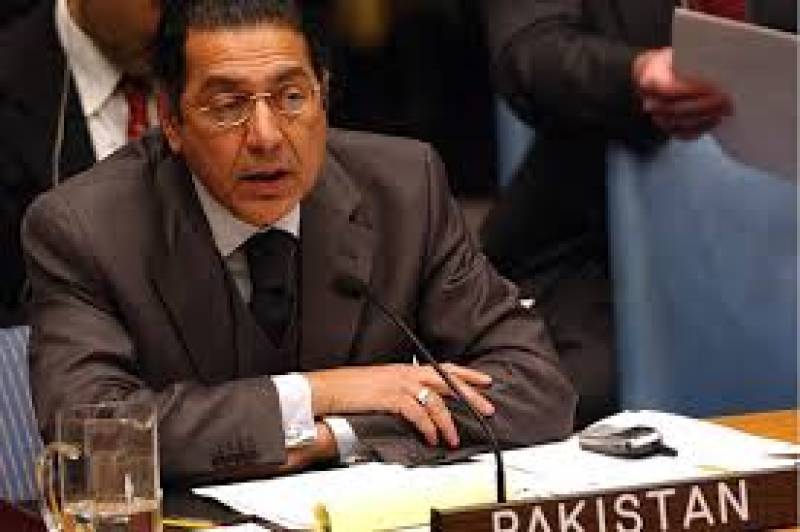 "Modi’s speech was silent on international issues and divorced from the reality of an intolerant, divided,  brutal and economically failing India, locked in disputes with all its neighbors," Ambassador Akram said when asked for his reaction by APP correspondent.

"The world public is not very interested in how many Indians defecate in public," he said, referring to Modi's boasts about the reforms he had introduced, including freeing of 600 million people from open defecation. "This was not an easy task. But India has achieved it," the prime minister told the 193-member Assembly.

Speaking by video-link, Modi made no mention of issues such as Kashmir, the Middle East, especially the Palestine question, as well as climate change.

Since August 5, 2019, India has come under heavy criticism from the UN and other international human rights organizations and the media for its oppressive occupation of Jammu and Kashmir, its gross human rights violations of the Kashmir people, and marginalization of its minorities, including millions of Muslims.