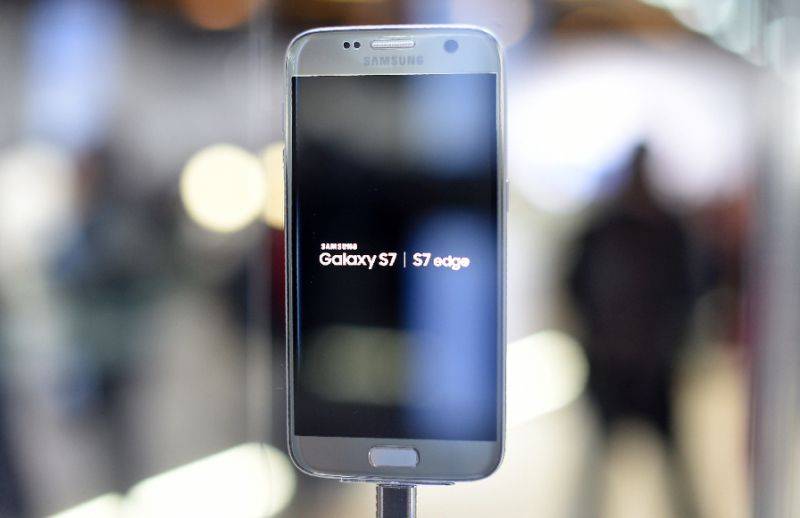 The result will encourage shareholders after a disappointing 2015 that saw Samsung lose more than $8.0 billion in market value, with its smartphone business sandwiched by top-end rivals like Apple’s iPhone and lower-end devices from fast-growing Chinese outfits like Huawei and Xiaomi.

In an effort to defend its smartphone share, Samsung rolled out the latest version of its Galaxy S7 smartphone in March — a month earlier than the previous year and ahead of new launches by its competitors.

“The first quarter saw overall earnings growth led by the early launch and successful sales of the flagship Galaxy S7 and S7 edge,” the South Korean giant said in a regulatory filing.

The first quarter figure was higher than the 4.42-trillion-won average of estimates compiled by Bloomberg News.

The company also said it would buy back 2.03 trillion won worth of common and preferred shares.

The strong Galaxy S7 performance came in the face of a flattening global smartphone market that saw arch-rival Apple on Tuesday report its first-ever drop in iPhone sales since launching the iconic handset in 2007.

Apple reported net income of $10.5 billion in the fiscal quarter to March 26, down from $13.6 billion last year.

The performance of the Galaxy S7 pushed the mobile division back up to top spot as Samsung’s largest earnings source.

In recent quarters that position had been taken by the conglomerate’s chip business, which had picked up the slack when the once all-conquering mobile unit started to flag.

As well as providing the chips for the company’s own handsets, Samsung’s semiconductor unit also makes the processors for a number of other companies — including Apple.

“In the second quarter, the company expects its solid performance to continue led by steady earnings in the mobile and semiconductor businesses,” Samsung said.

Sales revenue for the first quarter stood at 49.78 trillion won, an increase of 5.7 percent from a year ago, while operating profit was up 12 percent at 6.68 trillion won.

The only trouble spot was the company’s display panel unit, which reported an operating loss of 270 billion won for the quarter, compared with a profit of 520 billion won a year earlier.

Samsung attributed the downturn to a sharp decline in LCD panel earnings, and warned that the LCD market would “continue to be over-supplied” for the rest of 2016.