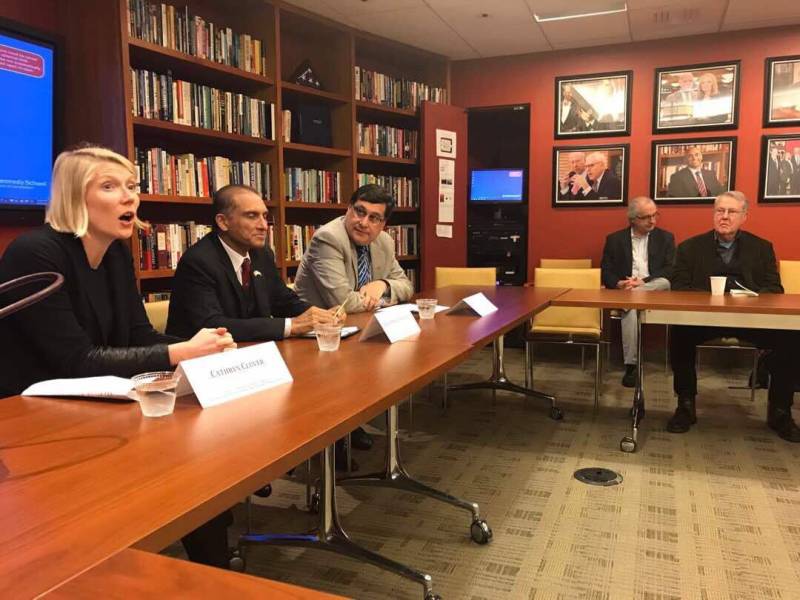 WASHINGTON - Pakistan’s Ambassador to the United States Aizaz Ahmad Chaudhry has said that Pakistan-US relationship is broad-based, saying a few irritants should not be allowed to undermine bilateral relations between the two counties.

The ambassador further said diplomacy is effective and economical to resolve issues and Pakistan aims for a mutually beneficial relationship", Aziz said this while speaking at Harvard Kennedy School at an event titled “A Conversation on US-Pakistan Relations” as part of the South Asia Week on Thursday.

The envoy said US is well-placed, like never before, to play a facilitating role for peace and stability in South Asia. 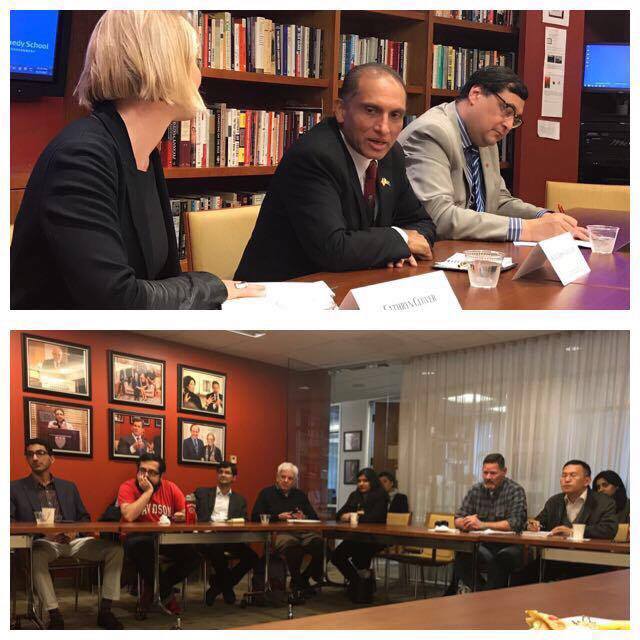 Ambassador Chaudhry gave a broad overview of a resurgent Pakistan focusing on the improved security situation and the country’s economic revival. He said that the people of Pakistan and all the government institutions reached a consensus in 2014 to eradicate terrorism from Pakistan. "The successes in security domain have a salutary effect on Pakistan’s economy, projected to become one of the top 20 economies of the world in the next decade", he explained.

He underscored that Pakistan is working to deepen and broaden its historical ties with the United States. The recent high-level engagements between the two sides were cordial and there was a desire on both sides to constructively engage for a broad-based relationship.

The senior diplomat also visited his alma mater the Fletcher School at Tufts University and interacted with Pakistan students present there at the time of the visit. At the school, he exchanged views with Professor Richard Shultz, the Director of International Security Studies.

He conveyed a message of hope and optimism during all his interactions at Massachusetts.