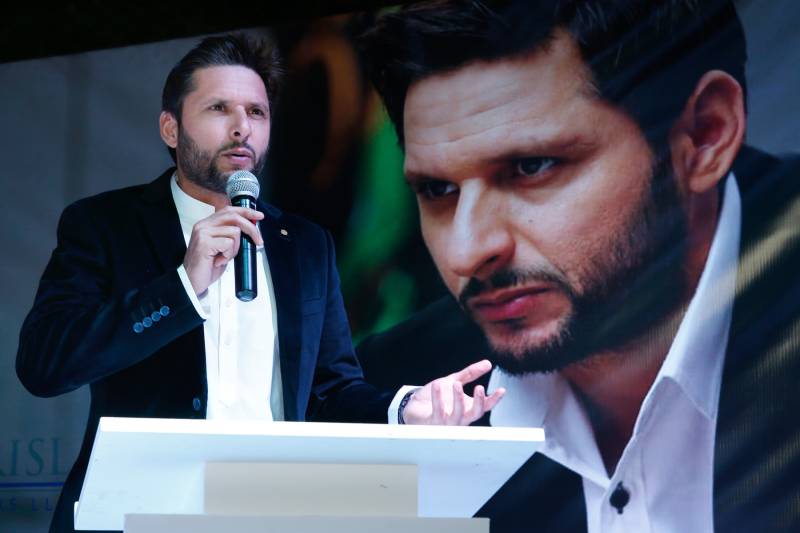 KARACHI - Former Pakistan T20 captain Shahid Afridi turned down the offer of a farewell match made by Pakistan Cricket Board on Friday.

Thank you for the meeting and farewell offers @najamsethi. Unfortunately due to my commitments I won't be able to take them 1/2

In another tweet, the 37-years-old player expressed that his desire was to set a trend for outgoing players adding that he was happy to see Misbah Ul Haq and Younis Khan given a proper farewell.

My desire was to set a new trend. I'm very happy that Misbah&Younis are getting proper farewells. I hope this trend will continue in future.

Soon after the announcement by Afridi, Najam Sethi took to the microblogging site and disclosed that a grand farewell would be organised for the three heroes, Misbah, Younis and Afridi.

We respect @SAfridiOfficial decision not to play Farewell match. PCB will organise grand farewell for Lala like Misbah and Younas. 3 Heroes!

Afridi, who remained a pivotal part of Pakistani team for an extended period of time was seen complaining multiple times about the farewell match.

PCB official Najam Sethi also met the former captain on Sunday and exchanged ideas about the farewell. However, Afridi's blunt reply finally confirms that he would not be playing any match in this regard.

@SAfridiOfficial and I had a wonderful chat. Ideas for a fitting farewell & future contribution to cricket were also discussed. pic.twitter.com/YsPIZ1zod8

Earlier, in April, the cricketer said contrary to the precedents followed in other cricket-playing countries Pakistan does not give respectable farewell to its international players.