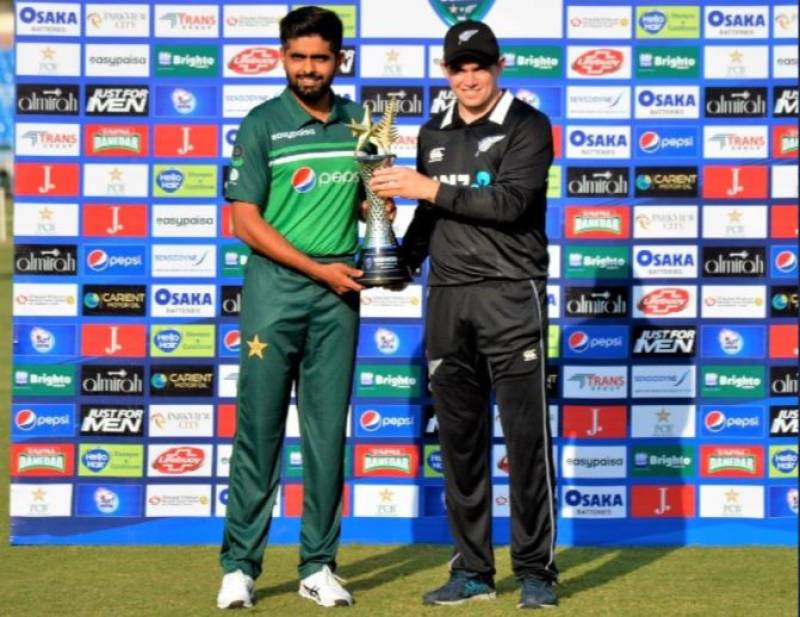 RAWALPINDI – The trophy for the ODI cricket series between Pakistan and New Zealand was unveiled at a ceremony in Rawalpindi on Thursday.

The captains for both the teams – Pakistan’s Babar Azam and Black Caps’ Sean Williams– were present at the unveiling.

Earlier in the day, Pakistan Cricket Board (PCB) Thursday unveiled the new One Day International (ODI) kit for the upcoming series against Black Caps.

Pakistan Cricket Board's also shared a number of photos of the players wearing the new kit on its official handle. “Unveiling Pakistan's new ODI kit”, it captioned the post.

Meanwhile, conditions in the South Asian country are challenging for New Zealand, which last toured Pakistan 18 years ago. Pakistan hosted series against the Black Caps in the UAE in 2009, 2014, and 2018 but improved security has gradually seen the country over the past six years welcoming international teams to their country again.

On Wednesday, the PCB named a 12-man squad for the first ODI against the visitors as the first fixture between the two teams will be played at the Pindi Cricket Stadium tomorrow.

ISLAMABAD – The Punjab government has asked Pakistan Army and Rangers to provide security as the ...