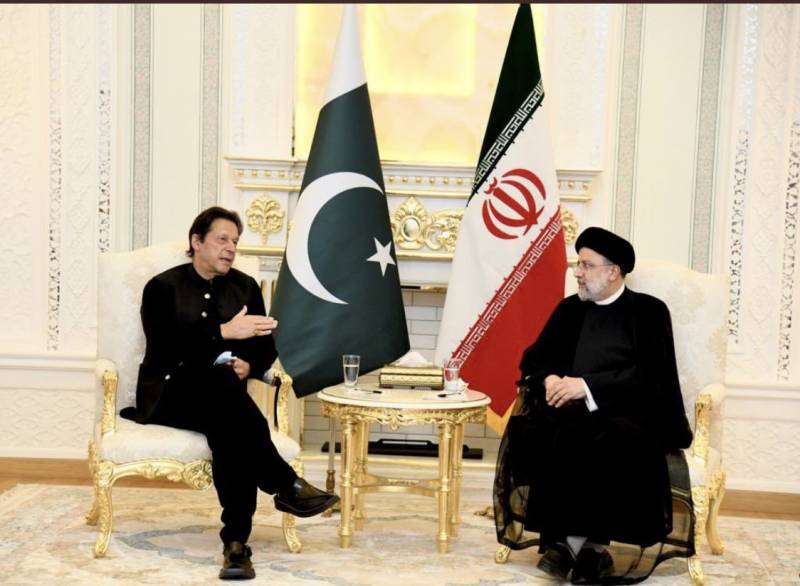 PM Imran has met the Iranian president for the first time since Raisi bagged victory in the presidential elections and form the government.

The premier held the meeting on the sidelines of the 20th Shanghai Cooperation Organisation's (SCO's) Heads of State Summit in Dushanbe.

The two leaders exchanged views on bilateral relations, and regional and international issues of mutual interest.

The premier conveyed heartfelt felicitations to President Raisi on his victory in the recent Presidential elections. He reaffirmed Pakistan’s commitment to continue working with Iran to further strengthen and expand brotherly ties between the two countries.

The wide-ranging talks covered the entire spectrum of bilateral relations, with a special focus on trade and economic sphere and regional connectivity. The Prime Minister highlighted his economic security agenda and Pakistan’s shift from geo-politics to geo-economics.

PM Khan thanked President Raisi for Iran’s consistent support on the Jammu and Kashmir dispute, especially by the Supreme Leader.

He highlighted the grave human rights situation in IIOJK and added that Iran’s just and principled position was a source of strength for the Kashmiri people, fighting for their right to self-determination.

On the situation in Afghanistan, the premier underscored Pakistan’s vital interest in a peaceful, stable and prosperous Afghanistan.

He stressed that there was an opportunity to finally end the conflict and war in Afghanistan after 40 years. It was essential to take urgent steps to stabilize the security situation in Afghanistan, prevent humanitarian crisis and stabilize the economy.

He added that the efforts for stabilization would be reinforced by respect for the rights of all segments of Afghan society and an inclusive political structure.

The Prime Minister appreciated Iran’s support for Pakistan’s initiative on engagement with Afghanistan’s neighboring countries for a coordinated approach.

The prime minister also stressed the importance of the international community’s engagement with Afghanistan through positive messaging and constructive practical steps.

Earlier in the day, PM Imran Khan arrived in Tajikistan to attend the key summit. He was received by Tajik Prime Minister Kokhir Rasulzoda and was accorded a red carpet welcome at Dushanbe International Airport.

The 21st meeting of the SCO Council of Heads of State will be held in Tajikistan's Dushanbe on September 17. The meeting will be chaired by Tajikistan's President Emomali Rahmon.

ISLAMABAD/DUSHANBE – Prime Minister Imran Khan has arrived in Dushanbe on a two-day visit to attend the Shanghai ...