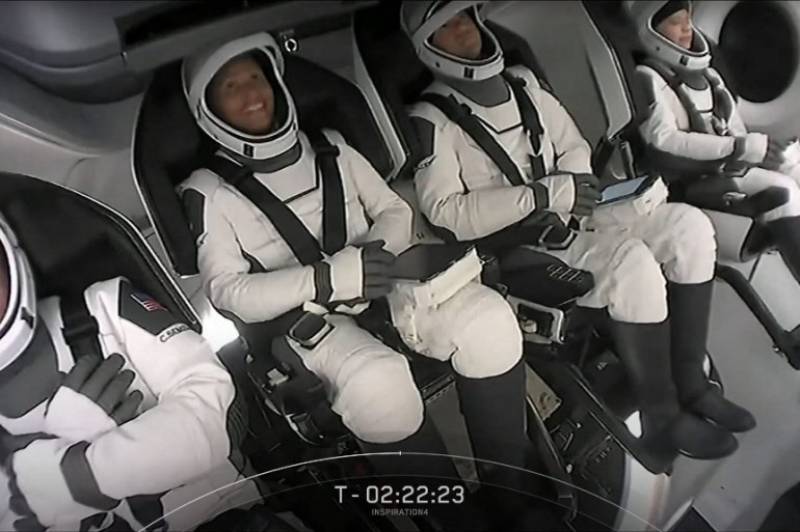 SpaceX, a company owned by multi-billionaire Elon Musk, has made history as it successfully launched first all-civilian crew into orbit, opening a new era of space tourism.

The mission is named called Inspiration4 and it includes four private citizens who flew on a Crew Dragon spacecraft for an Earth-orbiting mission. The crew will spend three days in orbit and return to Earth by Saturday (Sept. 18).

The spacecraft lifted off on Wednesday night (00:03 GMT Thursday) from the Kennedy Space Center in Cape Canaveral, Florida.

The Dragon spacecraft will orbit the planet 15 times each day from an altitude of nearly 360 miles, higher than the current orbits of the space station and the Hubble Space Telescope, according to SpaceX.

Video clips shared on social media showed cheers erupting at the control tower when the Falcon 9 rocket separated from the Dragon capsule about 12 minutes into the flight.

Isaacman has paid an undisclosed amount to purchase the flight. Time magazine has put the ticket price for all four seats at $200m.