Pakistan's No. 1 property website Zameen.com back live after downtime 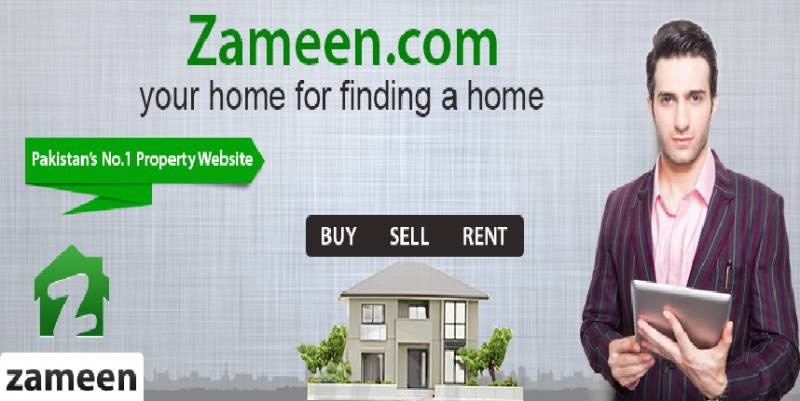 LAHORE (Staff Report) - The website of popular Pakistani real-estate portal, Zameen.com was reportedly hacked on Saturday, according to claims by different social media users, but is now back live.

Facebook user Zeeshan Kahloon, using the social networking site, provided a screen shot of the Zameen.com homepage, which was allegedly hacked by TiGer-M@te, a group based in Bangladesh.

Zameen.com entered the market in 2006 and has since then become one of the most widely used property portals in Pakistan, popular among ordinary home buyers and real estate agents alike.

After facing fifteen minutes of downtime, Zameen.com immediately bounced back and according to the site administrators, it is now business as usual at the company.

This is not the first time a major company in Pakistan had its operations disrupted by cyber vandals. Last year, the formerly state-owned Pakistan Telecommunications Corporation's website was hacked by a hacker named Sultan.

Although slow to enter the e-commerce boom, Pakistan has recently made many strides in the sector with numerous local and international tech and e-commerce companies being set up in the country.

Earlier, a 2015 report by the Express Tribune had estimated that the e-commerce market in Pakistan would surpass the $1 billion revenue mark by 2020. The industry is already set to reach its projected growth target of $600 million in 2017, set by investors and independent observer last year.

The exponential growth of the online market, while encouraging to some, has caused others to raise concerns about cyber crime and security in the country, especially given that the country lacks an effective cyber crime law.

The previous cyber crime law, passed during military dictator General Pervez Musharraf's tenure, lapsed after it Parliament chose not to extend it in 2009.

Currently, a new cyber crimes Bill is being considered by the Senate, having already been passed by the National Assembly earlier last month.

The bill has been criticized by media observers and civil society for unduly restricting civil liberties and being based on an outdated paradigm of cyber security. The government, however, has defended its version of the bill from these charges.