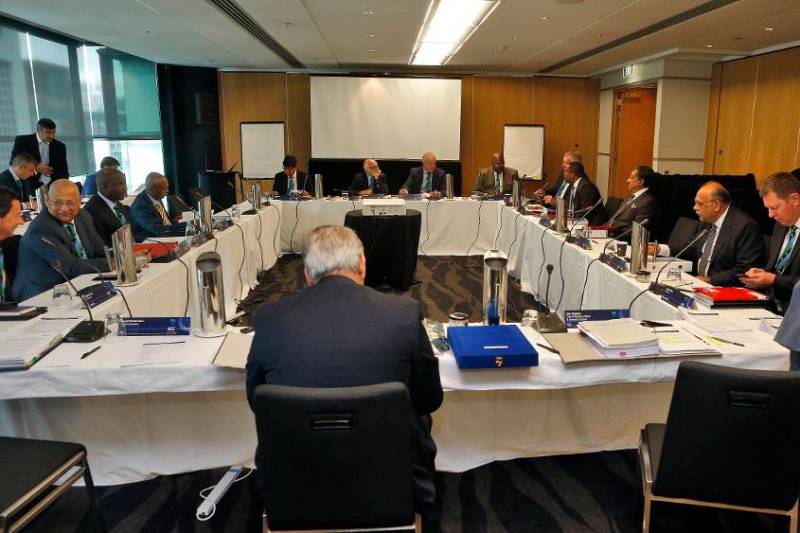 The approval for the new concept was given by the ICC members on last day of a meeting in Auckland, New Zealand, read a press release.

The Test series league, which is going to start in 2019, will see nine teams play six series over two years – three home and three away. The final of the championship will be played in England by April 2021.

All the teams will play in six series during that period. Each series will have a minimum of two matches and and a maximum of five and all matches being played over five days culminating in a World Test League Championship Final.

However, the 13-team ODI league, going to be started in 2020, will be a direct qualification pathway towards the ICC Cricket World Cup and will be contested by the 12 Full Members plus the winners of the current ICC World Cricket League Championship.

In the first edition of the league, each side will play four home and four away series each comprising of three ODIs moving to all teams playing each other from the second cycle onwards.

ICC Chairman Shashank Manohar said, “I would like to congratulate our Members on reaching this agreement and putting the interests of the development of the game first. Bringing context to bilateral cricket is not a new challenge, but this is the first time a genuine solution has been agreed on.

“This means fans around the world can enjoy international cricket knowing every game counts and in the case of the ODI league, it counts towards qualification to the ICC Cricket World Cup.”

ICC Chief Executive David Richardson commented, “This is a significant point in time for ICC Members and our collective desire to secure a vibrant future for international bilateral cricket. The approval of both leagues is the conclusion of two years of work from the Members who have explored a whole range of options to bring context to every game.

“The ICC Board decision today means we can now go and finalise a playing schedule for the first edition as well as the points system, hosting arrangements and competition terms.”

The ICC Board approved a trial of four-day Tests matches to run through until the ICC Cricket World Cup 2019.  Members will be able to schedule four-day games by bilateral agreement and a set of standardised playing conditions will now be finalised.

“However throughout the discussions about the future of Test cricket it became clear that whilst context is crucial we must also consider alternatives and trial initiatives that may support the future viability of Test cricket. The trial is exactly that, a trial, just in the same way day-night Tests and technology have been trialled by Members.

“Four-day Tests will also provide the new Test playing countries with more opportunities to play the longer version of the game against more experienced opponents, which, in turn, will help them to hone their skills and close the gap with the top nine ranked teams.”

A number of decisions around event hosts were taken by the ICC Board in Auckland. The ICC Cricket World Cup Qualifier will be held in Zimbabwe in March 2018.

The process for the appointment of the ICC female independent director was confirmed and the recruitment will get underway in the coming week.

The Board approved a revised draft of Player Eligibility Regulations which will come into effect in due course. The key changes include: