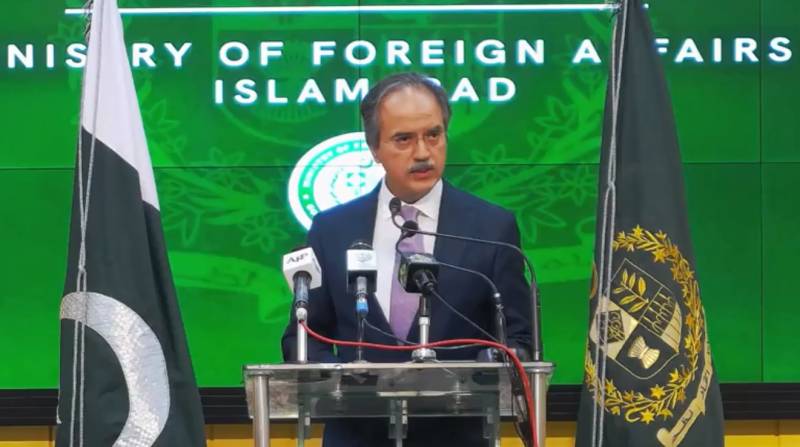 ISLAMABAD – Foreign Office Spokesperson Asim Iftikhar Ahmed said on Monday that US Secretary of State Antony Blinken’s remarks that the US will re-assess its ties with Pakistan were not in line with the close cooperation that both countries had in recent years.

Addressing a weekly press briefing, the spokesperson said that sustainable peace in Afghanistan has been the shared objective of Pakistan and the United States, adding that Islamabad wanted to develop a constructive relationship with Washington.

He highlighted that Pakistan facilitated the evacuation of people including foreign nationals and international media persons from Afghanistan after the Taliban’s takeover.

He said that the international community, including the US, has appreciated Pakistan's positive role in times of crisis.

FO spokesperson recalled that Pakistan helped the US in eliminating Al-Qaeda's core leadership in Afghanistan, but at the same time, Islamabad emphasised that the Afghan conflict could not be resolved militarily.

Responding to a question related to the trade of nuclear material in India, he called it a serious threat to the peace and security of the world.