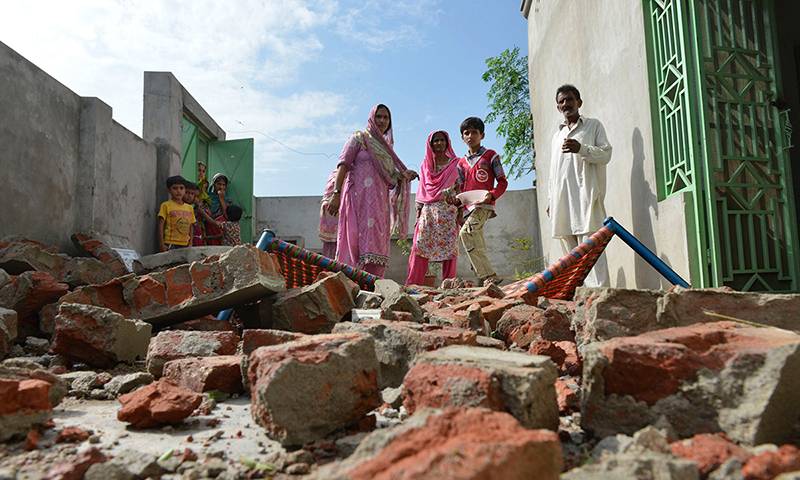 ISLAMABAD (Online) - At least 10 civilians including a woman and child were killed and 50 others injured in the unprovoked firing and shelling by Indian forces across the Working Boundary in Charwah sector early Friday morning.

The Indian forces resorted to unprovoked firing and shelling at Sujeet Garh, Kundanpur and Dhamala of Charwa Sector.

The injured have been shifted to Combined Military Hospital (CMH) Sialkot. The deceased were identified as Zulfiqar, Imran,Maqsood,Shahzad,Waqas,Aslam, Irshad Bibi,Jalal, Abid, Barkat and Anwar.

The Chenab Rangers have responded befittingly to the Indian firing.

Rangers sources said the attacks along the Sialkot Working Boundary have mostly harmed civilians, adding that livestock belonging to residents of the area has been killed, while houses have been partially damaged.

India has violated ceasefire 70 times during the last two months and Pakistan has lodged protest against Indian aggression on LoC and Working Boundary.