Ten die as boat with 200 migrants sinks off Libya 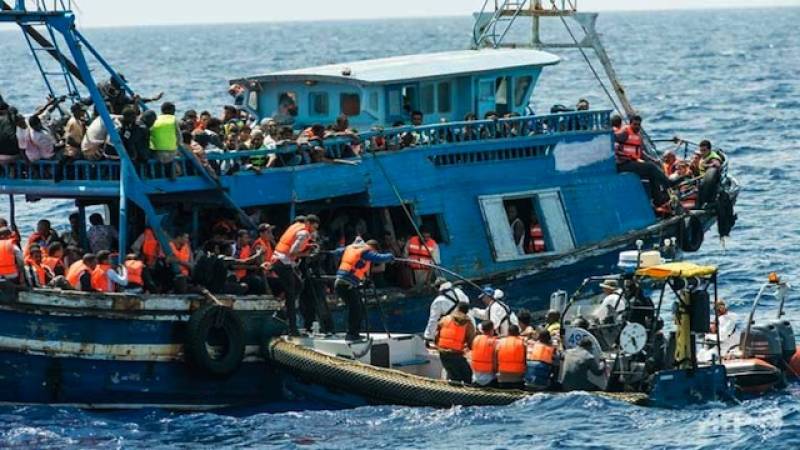 TRIPOLI (APP) - At least 10 people died Thursday when a boat carrying around 200 migrants bound for Europe sank off the coast of Libya, the country’s coast guard said.

Only around 20 to 30 people have so far been rescued from the vessel, which went down in the Mediterranean off the western port of Zuwara, a coast guard official told AFP.

The migrants so far accounted for were of African origin, the official said, adding that rescue efforts were ongoing but would be “intensified” on Friday morning.

“We are working with very limited resources. Most of the boats we use are fishing boats that we borrow from their owners,” he said.

The sinking comes a day after at least 55 bodies were discovered on three overcrowded migrant boats, all but four of the dead in the hold of one wooden vessel off Libya’s coast.

Wednesday’s gruesome discovery was made by a Swedish coast guard vessel whose crew plucked hundreds of other migrants from the waters off the North African nation.

People smugglers have taken advantage of the chaos gripping Libya since the 2011 uprising toppled dictator Moamer Kadhafi to step up their lucrative business.

But the Mediterranean crossing is treacherous, and more than 2,300 migrants and refugees have died trying to reach the European Union this year alone.