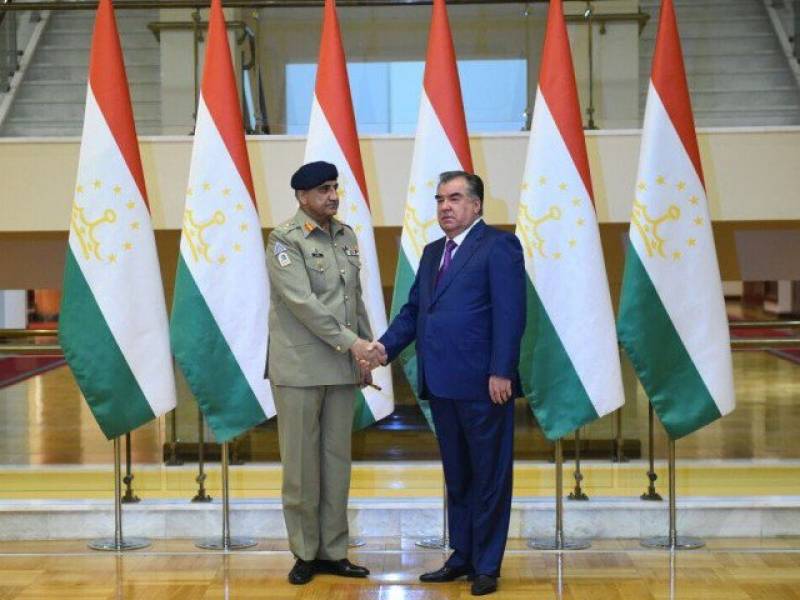 According to the Inter-Services Public Relations (ISPR), the two discussed regional security issues and had unanimity of views for peace in Afghanistan. They also reiterated the importance of dialogue, regional cooperation and support to Afghan-led and Afghan-owned initiatives.

President Rahmon "appreciated the role played by Pakistan and the Pakistan army" in the fight against terrorism," the statement said.

The COAS expressed his gratitude to Rahmon for hosting the QCCM initiative as the two pledged to enhance and expand Pakistan-Tajikistan cooperation in the fields of defence and security.

President Rahmon offered his sincere wishes for people of Pakistan, appreciating the role Pakistan and Pakistan Army has played in fight against terrorism and peace.

A day earlier, while speaking at the summit — which is also being attended by China and Afghanistan — Gen Bajwa had emphasised that terrorism being a transnational threat could only be defeated through intelligence sharing and coordinated border management.

On the sidelines of the event, the COAS also met with Afghan Chief of General Staff Gen Sharif Yaftali and assured Pakistan's fullest cooperation to Afghanistan.