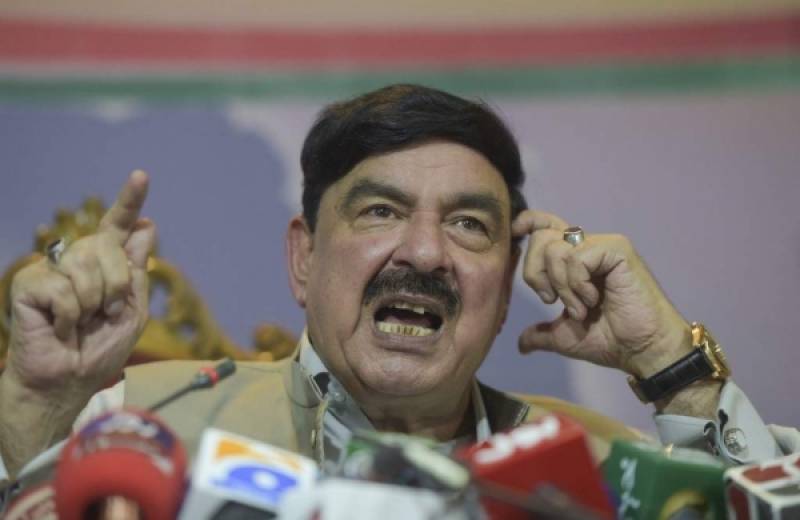 RAWALPINDI – Railways Minister Sheikh Rashid Ahmed on Wednesday said he was foreseeing a full-blown war between Pakistan and India “likely to occur in October or the following month”.

Rashid, who was addressing a rally in his hometown of Rawalpindi, said that the time for Kashmir’s final freedom struggle has come.

“The United Nations Security Council (UNSC) would have held a plebiscite in Kashmir till now if it really wanted to solve the issue. We must stand with the people of the occupied valley and I will visit Kashmir once again after Muharram 10.

“Kashmir is on the brink of destruction due to barbarian and fascist Narendra Modi, and Pakistan is the only obstacle in front of him. Why is the rest of the Muslim world silent over the issue?” Rashid asked.

“Jinnah had assessed the anti-Muslim mindset in India long ago. Those who still think about the possibility of dialogue with India are fools.”

“Imran Khan’s upcoming speech at the United Nations on Sept 27 holds vital significance. We are lucky to have a friend like China standing with us,” he concluded.

RAWALPINDI - National anthems of Pakistan and Kashmir will be played during the Kashmir hour on Friday, announced ...

Tensions between Pakistan and India increased earlier in August when President Ram Nath Kovind signed a decree revoking Article 370 of the Indian constitution, which used to ensure the special status of the Jammu and Kashmir state. Under the government’s new initiative, Jammu and Kashmir will be divided into two union territories that will be under New Delhi’s control.

Pakistan reacted angrily to India downgrading the Muslim-majority region to a territory and promised to protect Kashmiris. It expelled the Indian ambassador, halted bilateral trade and, more recently, promised to raise the issue with the International Court of Justice.

SRINAGAR – The occupied valley of Kashmir remains cut off from the rest of the world for the 24th consecutive day, as ...

Earlier this year, both nuclear-armed rivals engaged in an aerial confrontation and artillery shelling over the disputed region of Kashmir in the wake of a deadly suicide attack in the Pulwama district of Indian-occupied territory.