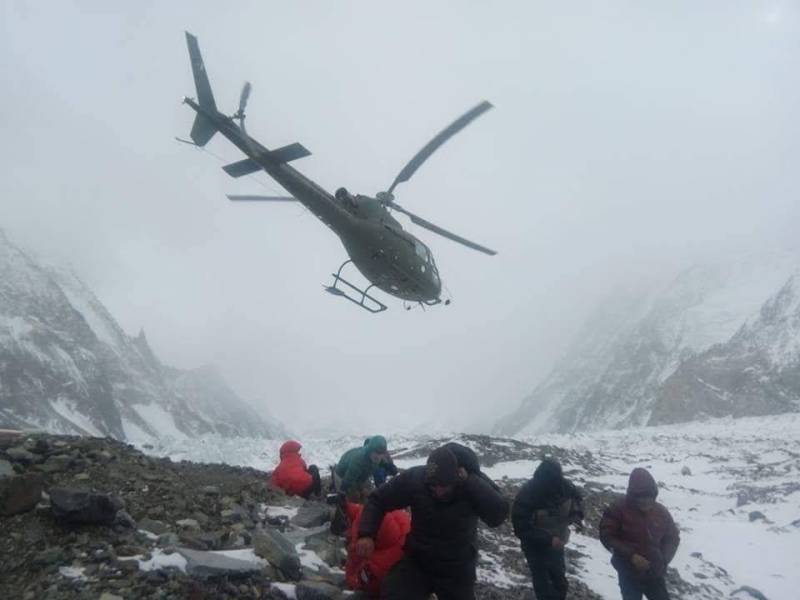 ISLAMABAD - Rescuers were able to rescue a French mountaineer from Nanga Parbat in northern Pakistan but called off efforts to retrieve a Polish climber - both of whom have been missing since Thursday - who has now been declared deceased.

The team of Polish climbers with support from the Pakistani military launched the attempt on Saturday afternoon to rescue stranded French mountaineer Elisabeth Revol , but were unable to reach the second missing climber Polish national Tomek (Tomasz) Mackiewicz.

RAWALPINDI - Pakistan Army has launched a rescue operation to search for two climbers who had gone missing on Thursday ...

Two Pakistan Army helicopters began an operation Saturday on the request of the Polish and French embassies to rescue the climbers after they got stuck while trying to summit the 8,126-meter-tall Nanga Parbat , the ninth-highest peak in the world.

“The rescue for Tomasz is unfortunately not possible - because of the weather and altitude it would put the life of rescuers in extreme danger,” wrote Ludovic Giambiasi, a friend of Revol, in a series of updates on Facebook.

Officials on Sunday called off the search for Mackiewicz.

“It’s a terrible and painful decision.”

“The K2 climbers who stopped their historic effort for a winter K2 summit will descend with Elisabeth Revol – one life saved,” said Karar Haideri, spokesman for the Alpine Club of Pakistan , in a statement on Sunday. 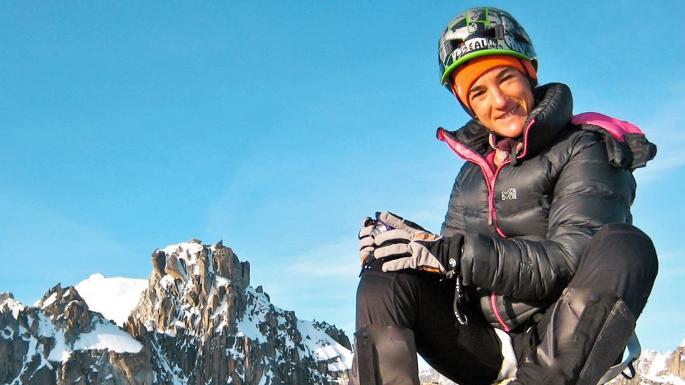 The team was evacuated by helicopter after a five and a half hour descent down the mountain to Nanga Parbat 's Camp One early Sunday.

The group were then airlifted by helicopter to a hospital in nearby Skardu , where Revol was set to be treated for a number of injuries. She was later shifted to Islamabad .

“(Revol) has frostbite and some (snow) blindness,” said Asghar Ali Porik from Jasmine Tours, who helped organise the K2 expedition.

Revol's friends raised some 60,000 euros to help with the rescue operation through crowdfunding online, according to French media reports.

The rescue mission was launched after the missing alpinists were located Friday by fellow mountaineers using binoculars, who spotted Revol attempting to climb down while Mackiewicz appeared to be crawling due to frostbite.

Nanga Parbat earned the nickname ‘killer mountain’ after more than 30 climbers died trying to climb it before the first successful summit in 1953.