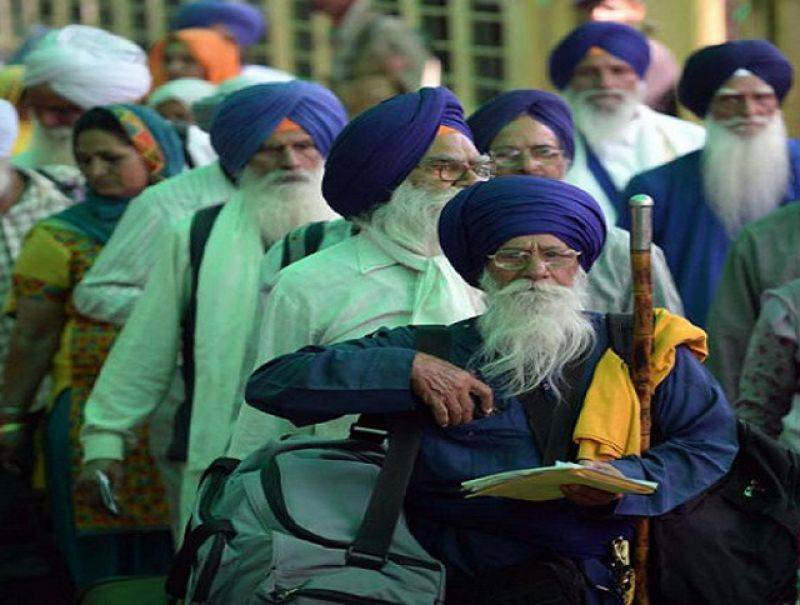 A group of about 300 Sikh devotees, locally known as jatha, arrived at Attari railway station to leave for the neighbouring country but they were prevented citing security reasons.

On the refusal, the pilgrims staged protest and chanted slogans against incumbent Modi's government.

It is notable that the Delhi-based Pakistan High Commission had granted visas for the pilgrimage whilst ensuring robust security measures for the jatha.

India also refused a special train arranged by Pakistan to commute the Sikh jatha to its destination in Dehra Sahib.

A leader of Sikh community in Lahore, Sardar Gopal Singh slammed India for barring the pilgrims in guise of security reasons, adding that there were no security issues in Pakistan.

He urged the Indian authorities to allow the Sikh persons stranded at Attari railway station to travel to Pakistan to attend the ceremony.

The Samadhi (memorial) of Maharaja Ranjit Singh, situated in Lahore, marks the place where his mortal remains were cremated. The central hall has a marble monument that once had carved marble knobs commemorating the Maharaja’s funeral pyre. These knobs were recently removed and are now locked in a storeroom.