We all are Pakistanis, enemy can't divide us through terrorism, sectarianism, says Gen Bajwa 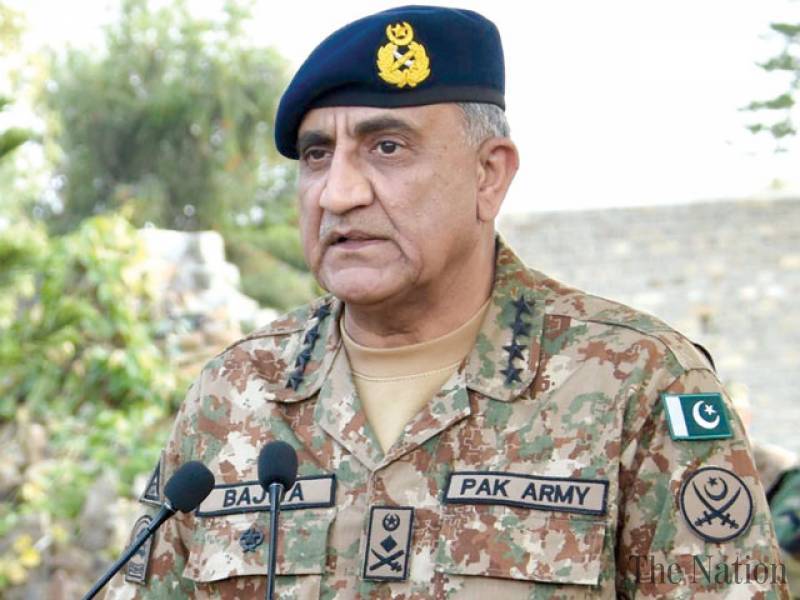 RAWALPINDI - Chief of Army Staff General Qamar Javed Bajwa has said that our enemy after failing to divide us through terrorism is now trying to target people along sectarian and ethnic lines.

According to ISPR, the COAS said Pakistan Army is closely observing the sectarian and ethnic colour being deliberately given to the recent spate of incidents by hostile intelligence agencies and sponsored anti state elements.

General Bajwa who interacted with religious clergy of all sects over the last few days assured them that those responsible for Parachinar and Quetta incidents shall be brought to law.

He said they had brought security situation in the country including FATA under control and shall not allow its regression at any cost. 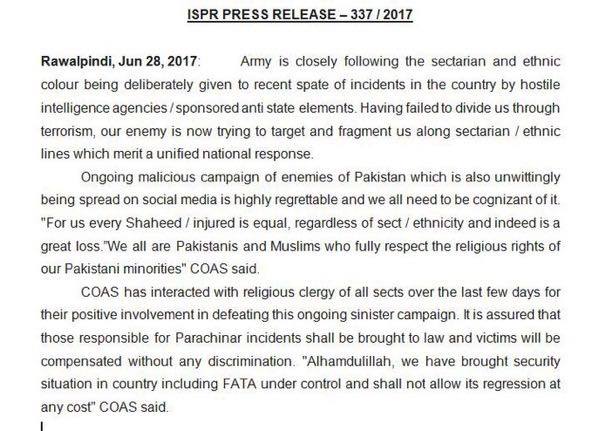 According to the statement, the army chief has said: "For us every Shaheed and injured is equal, regardless of sect, ethnicity and indeed is a great loss.

"We all are Pakistanis and Muslims who fully respect the religious rights of our Pakistani minorities", the statement added.