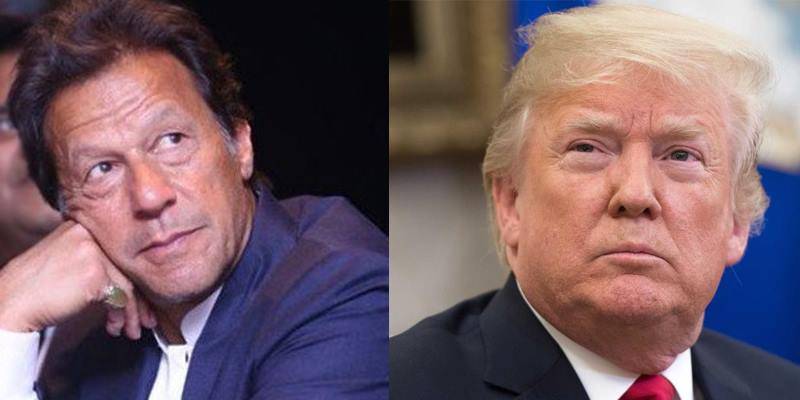 ISLAMABAD - Pakistan's Prime Minister Imran Khan is likely to meet US President Donald Trump next month, it has emerged.

Though official confirmation in this regard is awaited, a report by local media says Pakistani premier would meet Trump in Washington on July 22 during his three-day official visit.

Quoting sources from the Foreign Office, the Independent Urdu report said Foreign Minister Shah Mehmood Qureshi would be accompanying the premier during the visit.

A day earlier, Foreign Minister Shah Mehmood Qureshi confirmed that Prime Minister Imran Khan is expected to meet US President Donald Trump, however, he fell short of revealing any date in this regard.

Qureshi told reporters that Trump had extended an invitation to Premier Imran Khan, however, the prime minister could not travel to Washington because of the ongoing budget session.

The foreign minister said that dates for the expected meeting are being worked out by the two sides.

Meanwhile, official sources said that the meeting between the two leaders is expected to take place in September when PM Imran will travel to US for the annual session of the UN General Assembly.

However, the local media report reveals the date to be July 22nd wherein both the leader would exchange views on issues ranging from security to regional development along with Afghan peace process.