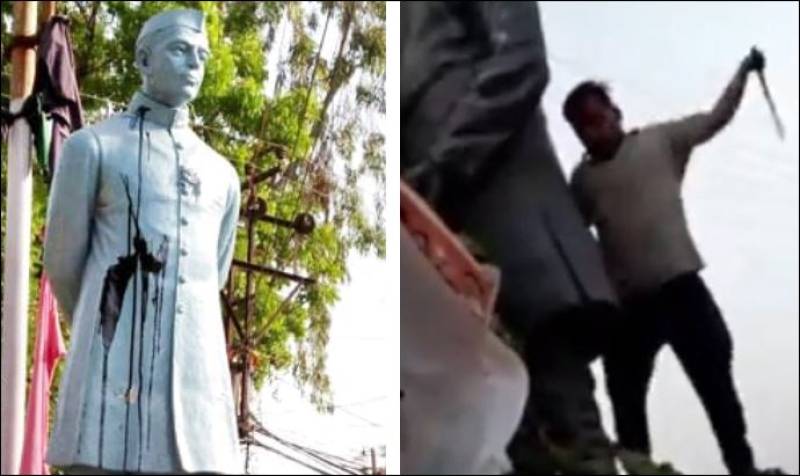 In a viral video on social media, several attackers can be seen vandalizing the statue with sticks and rocks in Bhopal – a city in the central Indian state of Madhya Pradesh.

Among the violent mob, a man can be seen breaking the statue using a hammer. The members of right wing groups touted saffron flags and chanted slogans against the local administration.

Pt. Jawaharlal Nehru statue was vandalised in Satna. The incident took place at Dhavari square, just about 50 meters away from the collectorate, yesterday evening. The miscreants were carrying saffron flags and shouting slogans against the Shivraj Singh Chouhan government pic.twitter.com/pPvM689wzJ

Following the incident, at least six people were arrested for damaging the statue of Jawaharlal Nehru, the secular leader of the Hindu-majority nation.

NEW DELHI – Right-wing groups attacked Muslims while a mosque was vandalized and properties owned by Muslims were ...

Several Indian leaders including the Congress chief demanded authorities to probe the matter and take strict action against the miscreants.