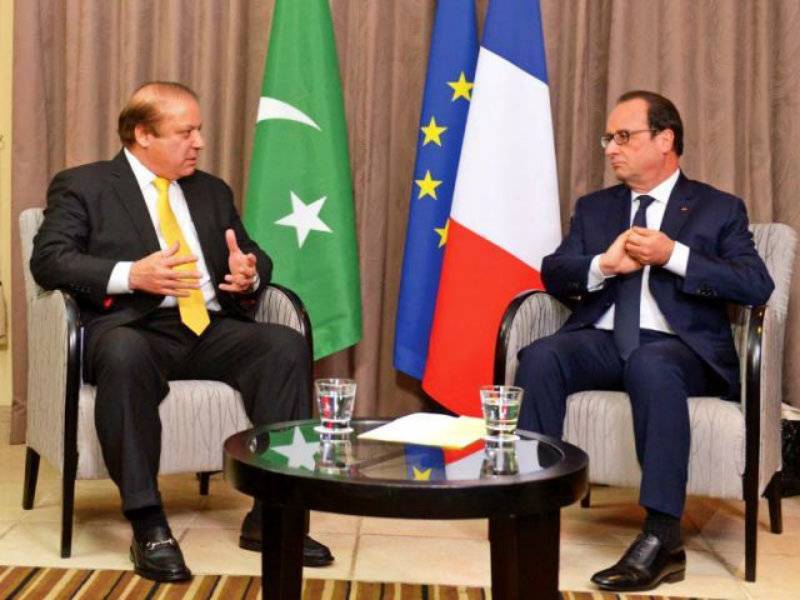 VALLETTA (Staff Report) - In a meeting with French President Hollande, Prime Minister Nawaz Sharif has extended cooperation in counter-terrorism to France in the aftermath of Paris attacks.

The Pakistani premier offered cooperation when French President Francois Hollande called on him on the sideline of Commonwealth meeting in Maltese capital Valletta.

On this occasion, Nawaz Sharif said Pakistan had made notable gains in the fight against terrorism in the last two years and there is a countrywide consensus to root out the menace of violent extremism.

Nawaz reiterated a strong condemnation of the recent Paris terrorist attacks and extended heartfelt condolences over the loss of lives.

Nawaz Sharif said Pakistan has lost thousands of lives in fight against terrorism and its economy had suffered losses of billions of dollars as a result of terrorist attacks.

Nawaz said that the government had formulated the National Action Plan against terrorism as part of a comprehensive strategy to deal with this scourge.