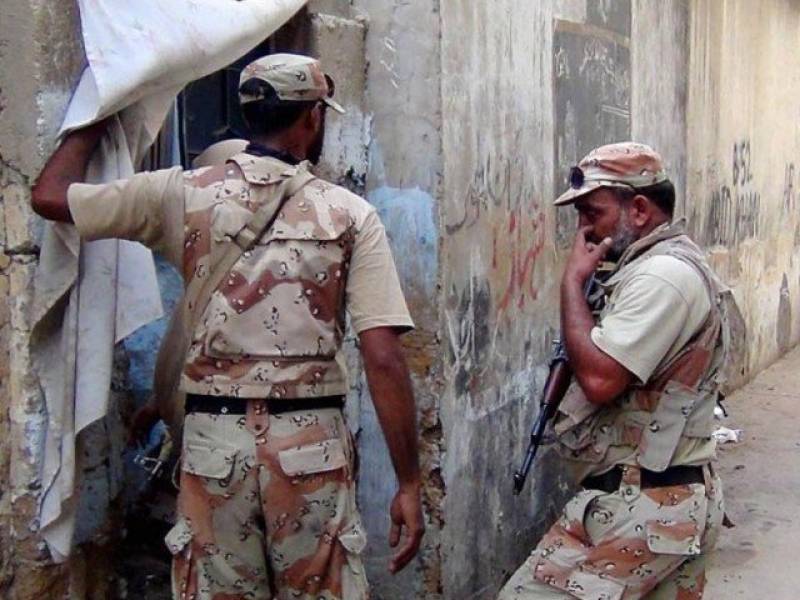 KARACHI (Web Desk) – Rangers had arrested seven target killers including 22 suspects in different areas of Karachi in a targeted operation.

The target killers were arrested by carrying out targeted operation in Lee Market and Shah Faisal Colony. The suspects associated from political party and also recovered weapons from their possession.

According to Police both suspects were indulged in robbery and target killing.