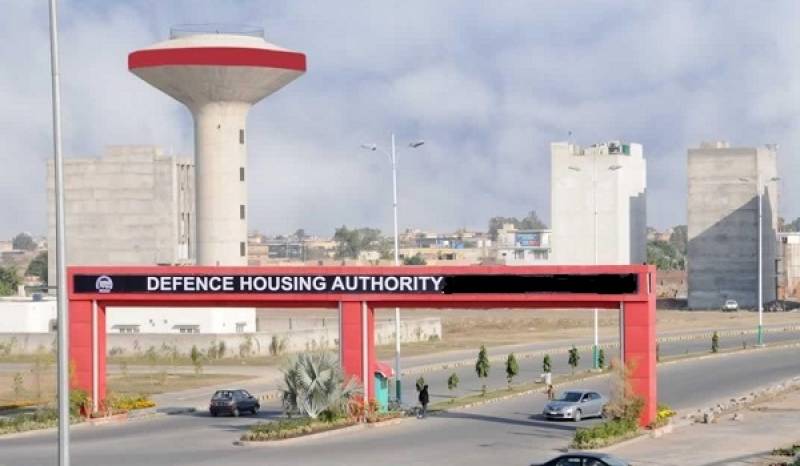 The petition filed by Raja Sajid Manzoor and scores of file holders of DHA City Lahore project pleads that the housing authority collected a huge amount of money from over 11,000 citizens in a bid to provide them land in Lahore, however, despite a lapse of seven years, not a single inch was provided by the authority.

The court also issued notices to officials of National Accountability Bureau and Defence Housing Authority (DHA) seeking their replies in around Rs 15b scam.

The project ‘DHA City Lahore’ was launched in June 2010 for civilians and families of martyred soldiers to get a lifetime opportunity of building their homes in the reputed housing authority of Lahore.

The DHA administration that promised to deliver the plot within a vicinity of around 3 Kilometers near its EME sector, concealed the wheeling and dealing being carried out, however, it kept receiving the money from file holders.

Back in 2013, after having received the total amount against the respective category of plots, it also issued allocation letters to the plot holders, disclosing an official map of the society, suggesting that the land adjacent to the ‘Band Road’ Lahore near Thokar Bypass would be developed for the said purpose.

However, when the file holders tried to take possession of their land, it was revealed that a scam hit the said project, leaving victims ‘high and dry’.

Statistically, over 11,700 individuals had applied for acquiring the plot and unfortunately, the victims included families of fallen soldiers as well.

Defence Housing Authority, instead of compensating the loss, moved National Accountability Bureau taking the plea that it was robbed at the hands of another individual.

What adds insult to the injury of housing society is the fact that when at a time it has failed to deliver plots to its ‘DHA City’ victims, it is exploring new business opportunities in Bahawalpur and Multan.

Surprisingly, a relative of a former chief justice of Pakistan, Kamran Kayani, a brother of ex-army chief Gen Ashfaq Parvez Kayani and others are alleged to have been involved in the case while the National Accountability Bureau is already investigating the mega scam.