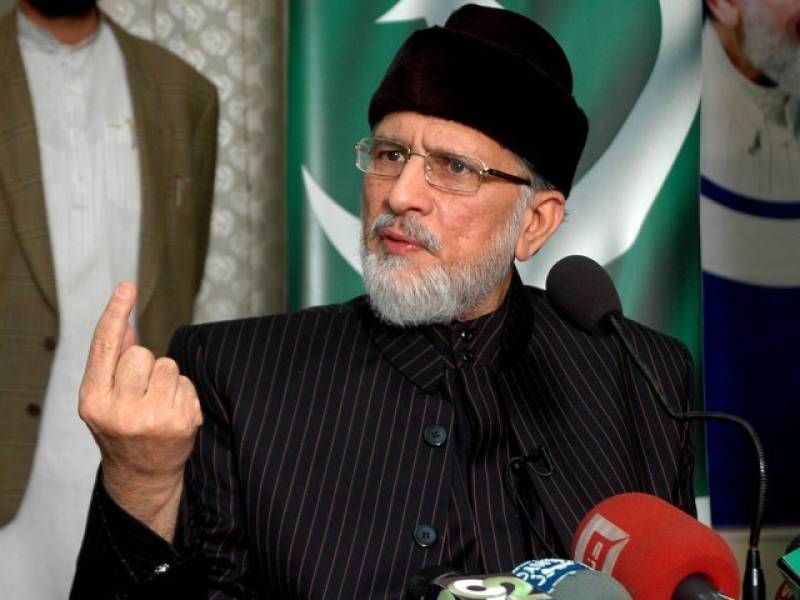 The PAT chief was addressing the media at the Allama Iqbal International Airport soon after his arrival from Istanbul on a private flight on Tuesday morning, where despite the severe cold, he was welcomed by a large number of supporters.

While talking to the media, Tahir-ul-Qadri said that country is going through a turbulent time and government has failed to control the situation. Saying that the PML-N government is involved in attacking the faith of Khatm-e-Nabuwat, the PAT chief demanded the dissolution of assemblies thus paving a path for general elections.

Qadri thanked the military for playing the role of peace broker and guarantor in talks with Faizabad protestors, while strongly criticising the role of government.

Reports said the PAT chief has called and will address Tajdar-e-Khatam-e-Nabuwat Conference in Lahore on 11 Rabi-ul-Awwal (Thursday).