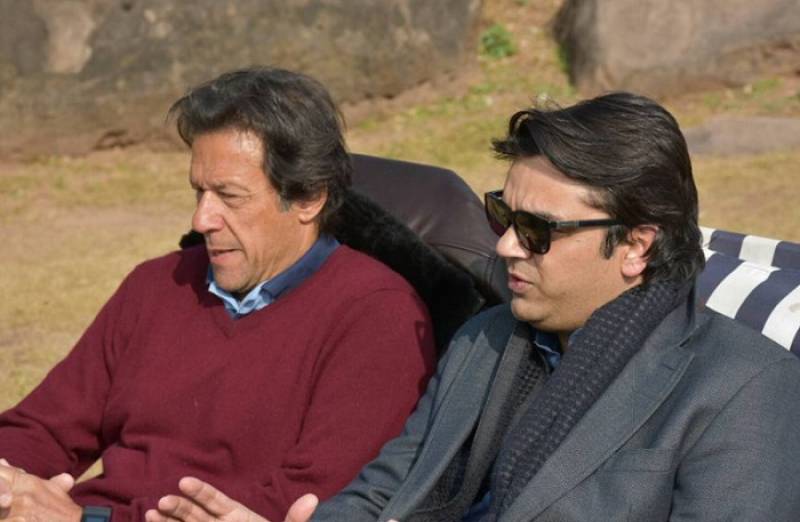 ISLAMABAD - Britain's Department for Education has said that it doesn't recognize the Schiller International University (SIU), from where Usman Dar of Pakistan Tehreek-e-Insaaf (PTI) obtained a masters degree in 1997 in London.

According to the Election Commission of Pakistan (ECP), the PTI leader from Sialkot has submitted an MBA degree from the Schiller International University bearing the address of "London Campus". The degree was obtained on 14 May in 1997 in London. Dar submitted the same degree as part of his academic credentials to the ECP, when he stood against Khawaja Asif in NA-110 Sialkot constituency. 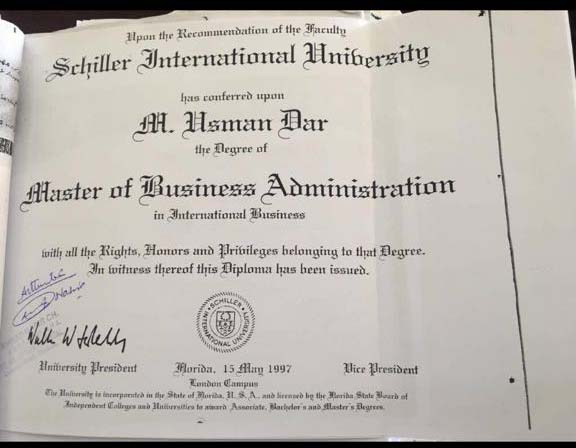 However, UK’s Department of Education said that it doesn't recognize or evaluate the degrees issued by the SIU.

In a statement issued by British Accreditation Council (BAC), BAC made it clear that it had nothing to do with the accreditation of Schiller University.

Material available on Schiller university shows that it's an Axact type educational institute, which issues dubious degrees to students by taking a right amount of money/fee. The SIU has campuses in Florida and at least two European countries but one can obtain any kind of degree online without attending classes or submitting assignments, as long as the fee is paid.

Usman Dar's degree certificates state that "Upon the Recommendation of the Faculty, Schiller International University has conferred upon M. Usman Dar Master of Business Administration in International Business with all the Rights, Honors and Privileges belonging to that Degree. In witness, whereof this Diploma has been issued. It carries signature by “University President”, Florida, and issued by the “London Campus". The certificate also states that University is incorporated in the State of Floride, USA.

However, Accrediting Council for Independent Colleges and Schools (ACICS), the body that recognizes SIU in the United States, itself is no longer recognized by the US Department of Education due to its low standards. The Institute of ACICS is notorious in the US for authorizing Axact-style institutions and visa mills.

In September 2016, Education Department stripped ACICS of authority to accredit the degrees due to its dubious activities.

According to The News International, PTI's leader Usman Dar acknowledged that he has developed "some doubts" about his degree and has asked Higher Education Commission to verify his certificate.

“At the time of obtaining my degree, I did not know it was a dubious university as there was so many overseas students studying at this university but recently I have started to check my degree and I am sending it to HEC for verification, " Dar said.

When The News correspondents Murtaza Ali Shah and Waseem Abbasi, asked Usman Dar if he is aware of the fact that the degree he received is not valid, he responded that he didn't obtain the degree for securing a job but just to get some exposure.

According to PTI's leader in Sialkot, he attended classes five days a week and completed all the five semesters for the degree. "I completed two semesters in Germany and Three in the United Kingdom", said Dar.

However, Master degrees in US and UK have total 2 or 3 semesters depending on the program offered.