No fear of clash as state institutions working within limits, says PM Imran 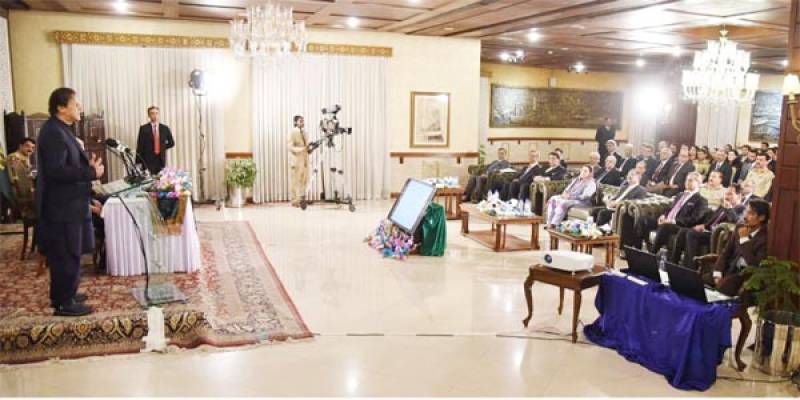 ISLAMABAD - Prime Minister Imran Khan Thursday said with democracy getting mature, the national institutions would never clash with one another as they had started working within their purview.

As a democratic culture and mindset prevailed in the country and the state institutions respected one another to the disappointment of many, including the Bharatiya Janata Party (BJP) of India and mafias in Pakistan, which wanted to destabilize the latter, he said while addressing the inaugural session of two-day Engage Africa Conference here at the Ministry of Foreign Affairs.

The prime minister said attempts were made to create instability in the country through a sit-in in the recent past and by unduly playing up a case in the Supreme Court particularly by the Indian media. New Delhi wanted to destabilize Pakistan as the way the incumbent government in Islamabad had highlighted the Kashmir issue was unprecedented.

Unfortunately, some people in Pakistan in their bid to destabilize the country had put all the emphasis on the Kashmir issue made by the government on the back burner, he added.

“Who was pleased the most – the racist BJP government of India, which had been celebrating a lot. First, they had pinned hopes at the sit-in and got crushed there. Now they thought of any clash among the institutions,” he remarked.

“I think the harmony among the institutions today is unprecedented. This is haunting the BJP government and Pakistani mafia, which had their money stashed abroad and desired instability in Pakistan to protect their money.

“All of them have faced defeat. God willing, they will face defeat in future too. Because, Pakistan is now progressing speedily having gone through a difficult time and God willing, no force will impede it from heading forward,” he added.