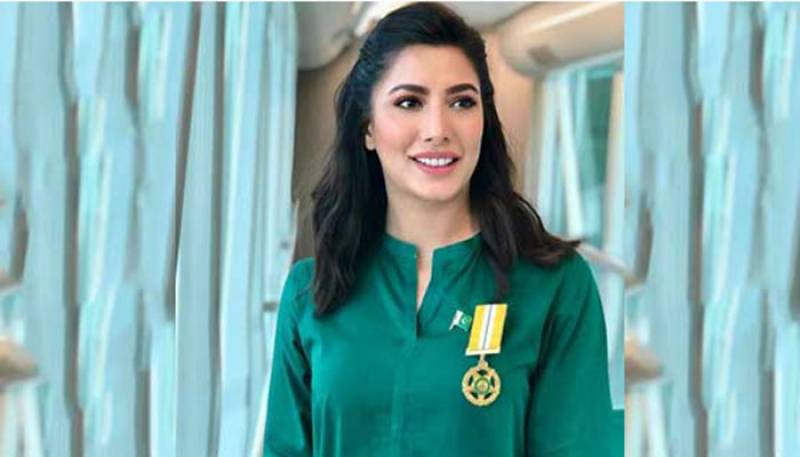 LAHORE- Mehwish Hayat is undoubtedly one of the finest actresses of our industry and now the Load Wedding star is all set to portray Benazir Bhutto in a biopic. Hayat has been reading up on Bhutto to gear up for the role.

In an interview with BBC Urdu, Hayat revealed that the biopic is "being written right now, it'll take some time, but I cannot wait to play [Benazir Bhutto]. I've been reading up about her and the more I read, the more I get inspired... The world needs to see her story."

"This is the story of a hero. Benazir Bhutto is a hero to me and I love that woman. Her story is so inspirational to me. It's important that this generation and the generations ahead see her contributions, her struggles and her progress. She was the first woman [to be] Prime Minister."

Talking about the role, Hayat claimed it to be a "complicated" and "difficult" one.

Talking about the role, Hayat claimed it to be a "complicated" and "difficult" one. The actor also revealed that she will soon make an appearance on the small screen for a drama as well, her last being Dil Lagi(2016).

"There's a limited number of people who go to the cinema to see a film. Dramas are more accessible, they have the biggest audience."

Addressing her recent contributions to charity organisations and speaking up for just causes, saying, "In this day and age, being an actor is is not enough. You need to use the voice Allah has blessed you with and the power your position has given you towards important causes. that can ring betterment to your society, your country and the world."

"We do bring up important messages and social issues in our films while entertaining the audience but that can't be all there is to our work. We need to raise our voices for the crucial issues, be they social or political."

This year has been full of accomplishments for the Chhalawa star. She made it to the list of top five Muslim women changing the world by international publication Muslim Vibe. Two months ago, Hayat also received the Pride of Performance in Norway and was was appointed the Muslim charity Penny Appeal’s brand ambassador.