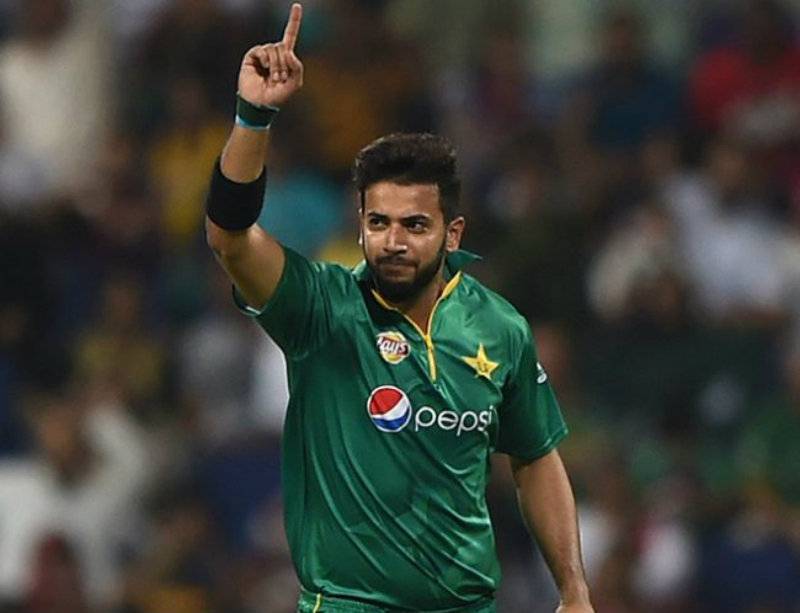 DUBAI - Good news for cricket fans in Pakistan! Left-arm spinner Imad Wasim has made a place in the top five T20I Bowlers of the MRF Tyres ICC Player Rankings.

After finishing Pakistan’s 3-0 T20I series win against West Indies as the leading wicket-taker with nine wickets, Imad rocketed up to fourth place in the latest ICC T20I Rankings for bowlers, displacing India’s Ravichandran Ashwin who is now in fifth place.

Imad took nine wickets at an economy-rate of under 4.5 per over, which not only earned him the player of the series award but also provided him a jump of 33 places in the latest rankings, which were released on Wednesday morning.

He is the only Pakistani player to find a place in the top ten of both the batsmen or bowler’s rankings.

West Indies’ Samuel Badree has dropped two places to third. Badree’s slip means South Africa’s Imran Tahir has become the No.1 ranked bowler in T20Is. This is in addition to the fifth position he holds in One-Day Internationals and 38th rank he occupies in Test cricket.

Pakistan’s Sohail Tanvir is the other bowler to move up in the rankings. He is now in 36th position after rising 19 places following his five wickets in the series.

In the batting charts, the only major change outside the top 20 belong to Johnson Charles and Shoaib Malik who have moved in opposite directions.

Charles has slipped three places to 26th, while Shoaib has gained 10 spots and is now is 35th position following his contribution of 80 runs.

The batting table is headed by India’s Virat Kohli, who leads Australia’s Aaron Finch by 49 points.

As a team, Pakistan has stayed in seventh position with 111 points on the MRF Tyres ICC T20I Team Rankings, while the West Indies has dropped one place to fourth.

New Zealand is the number-one ranked T20I side, followed by India and South Africa.

With no further T20Is scheduled for the rest of the year between the top 10 teams, it looks as though this is the final position of the rankings until January 2017 when the next T20I series will take place.