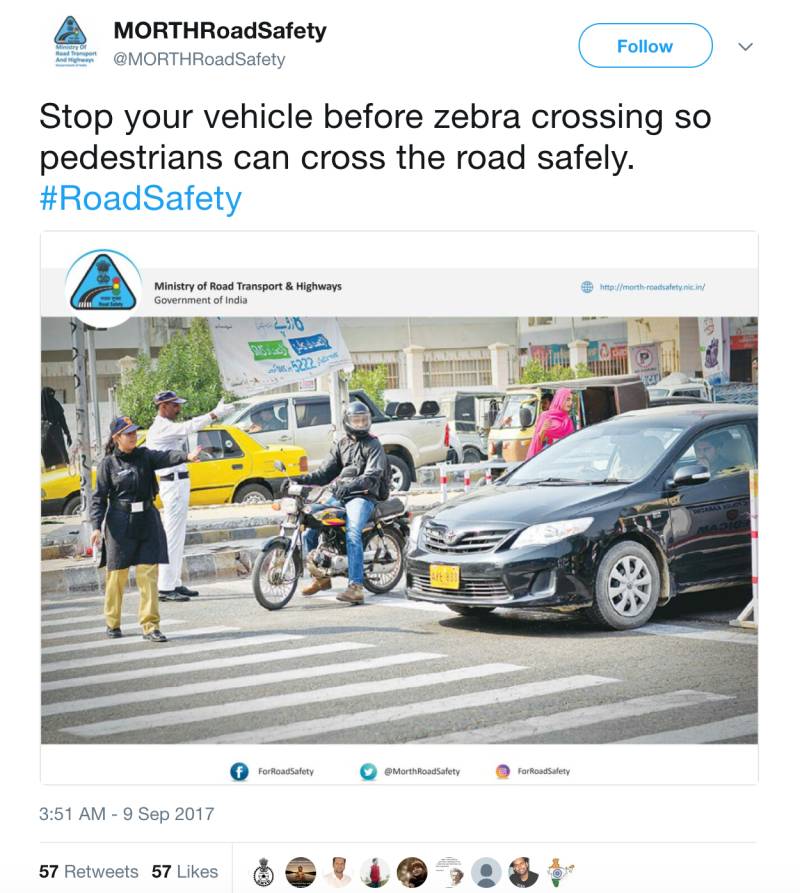 DELHI - The Indian Ministry of Road Transportation and Highways was embarrassed on Thursday when social media users pointed out that one of its photo of a woman on Twitter directing traffic at a zebra crossing was actually taken in Pakistan and not India. 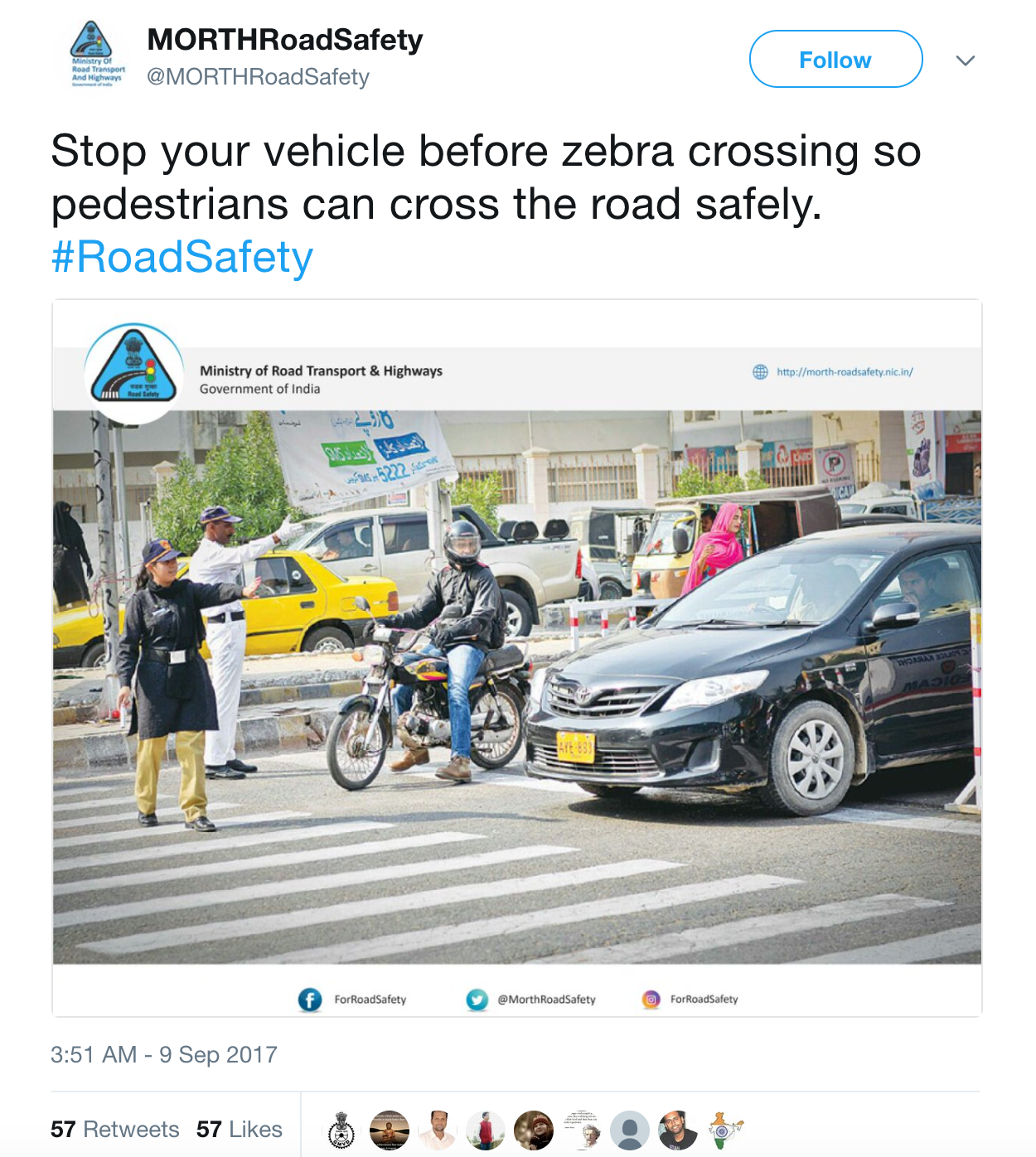 The picture, used for the promotion of traffic awareness in India, that showed a policewoman administering traffic was taken from Pakistan back in 2014. Eagle-eyed social media users pointed out the image of Pakistani traffic police and it was removed from Twitter at once.

They took "Go to Pakistan" literally!

Still better than folks (like you) who daily salute the Pakistani flag, afterall, they are your paymasters!

Govt if India and patty in power are experts in using pic of other countries and saying it is India.

This is not the first time that authorities in India and Pakistan have mistakenly featured military hardware from the other country in promotional materials.

In March 2011, an advertisement issued by the Pakistan Navy for the Aman-11 multi-national exercise prominently featured images of Indian Navy warships.