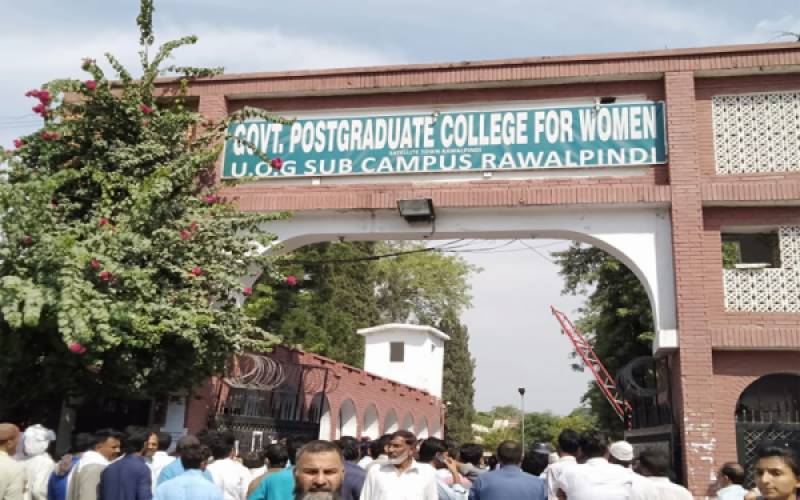 RAWALPINDI - A female student died in the hostel of Government Postgraduate College for Women 6th Road Rawalpindi, reportedly after being stung by a poisonous insect.

The 20-year-old Urooj fell sick after a poisonous insect bit her Thursday night according to the fellow students who said they informed the warden about the incident but no one took her to the hospital. They blamed that the deceased was instead administered the wrong medicine.

One of Urooj’s classmates said she was breathing until morning but later died as she was not administered proper medical treatment despite being in a precarious condition.

Though the students, who are protesting Urooj's death, assert that their fellow died of insect's sting, the college administration is trying to declare Urooj’s death as suicide; another group contends that Urooj had a hole in her heart.

Urooj was enrolled in the BS programme at the college and belonged to Fateh Jang area of Punjab; his body was shifted to District Headquarters Hospital for autopsy.

Urooj's fellows, while staging a demonstration against the 'callous' administration of the college, also intercepted the buses being driven out of the institute and demanded justice in this regard.