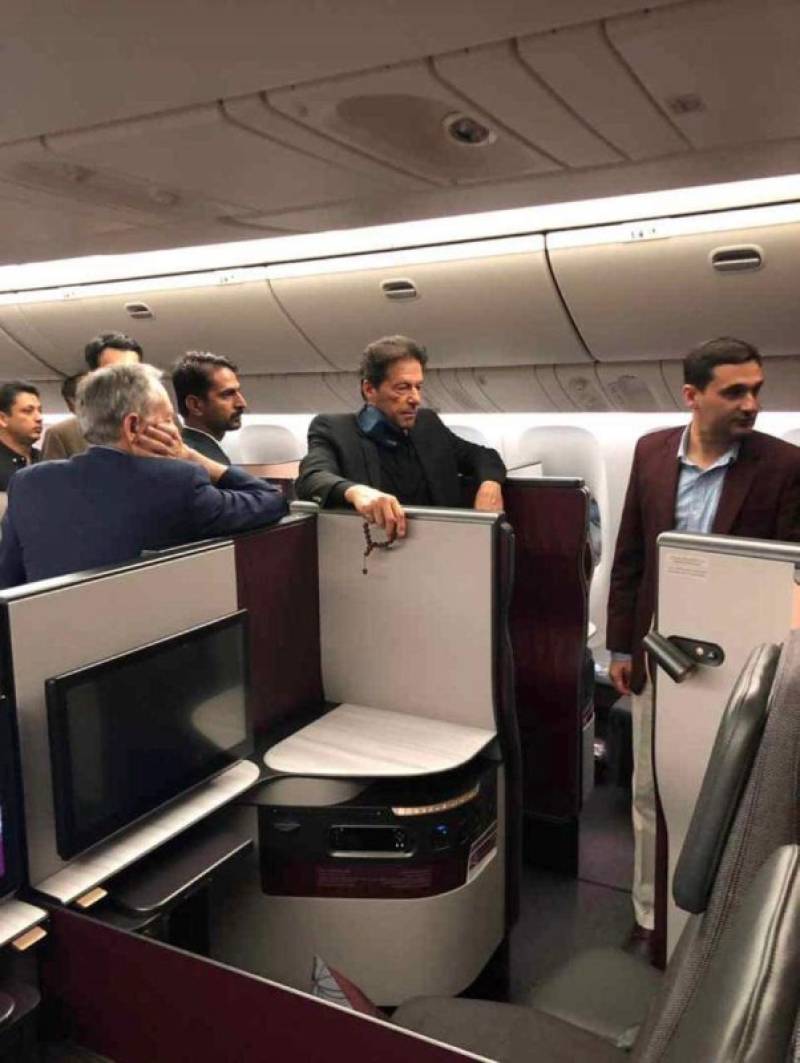 NEW YORK - The airplane carrying Prime Minister Imran Khan and his delegation made an emergency landing at the John F Kennedy International Airport in New York after developing a technical fault on Saturday.

According to media reports, the airplane carrying Prime Minister Imran Khan was rerouted to New York after travelling about five and a half hours to Toronto.

A Pakistani delegation, including Foreign Minister Shah Mehmood Qureshi, is accompanying the premier.

Special Assistant on Political Affairs Naeemul Haq said that the premier and his delegation will spend a night in New York as the minor technical fault was being fixed.

It is pertinent to mention here that the special aircraft was given to Prime Minister Imran Khan by Saudi Crown Prince Muhammad Bin Salman for his visit to the 74th session of the United Nations General Assembly.

PM Imran was travelling back to Pakistan after a week-long tour of the US during which the premier met several world leaders and also addressed the United Nations, General Assembly.