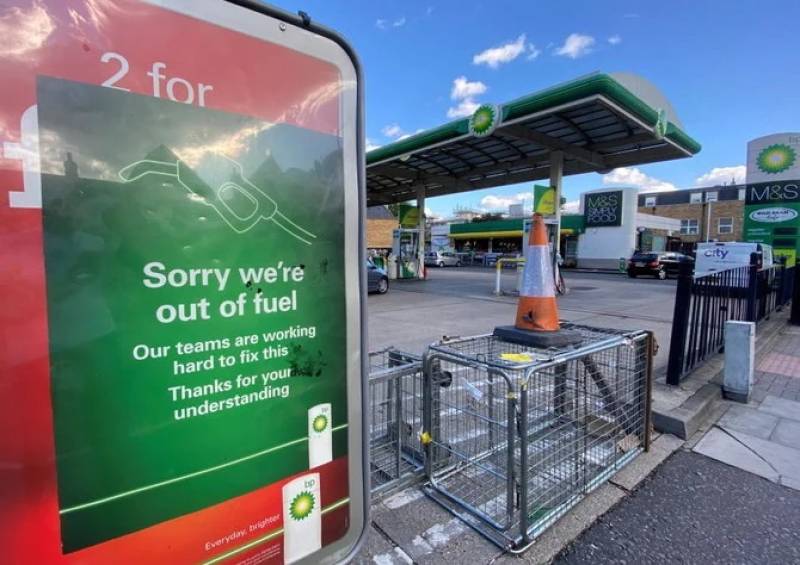 LONDON — The British government put the army on standby to distribute fuel from Tuesday after an acute shortage of truckers triggered panic buying, which left fuel pumps dry across the land.

The situation raised fears that hospitals would be left without doctors and nurses soon.

Queues of drivers snaked back from those petrol stations that were still serving in major cities, though dozens of forecourts were closed with signs saying that their petrol and diesel had run dry.

A post-Brexit shortage of lorry drivers, exacerbated by a debilitating halt to truck-driving-licence testing during COVID-19 lockdowns, has sown chaos through British supply chains, raising the spectre of shortages and price rises in the run up to Christmas.

Business Secretary Kwasi Kwarteng said a limited number of military tanker drivers had been put on a state of readiness to be deployed to deliver fuel if necessary.

“While the fuel industry expects demand will return to its normal levels in the coming days, it’s right that we take this sensible, precautionary step,” Kwarteng said in a statement late on Monday.

“If required, the deployment of military personnel will provide the supply chain with additional capacity as a temporary measure to help ease pressures caused by spikes in localized demand for fuel.”