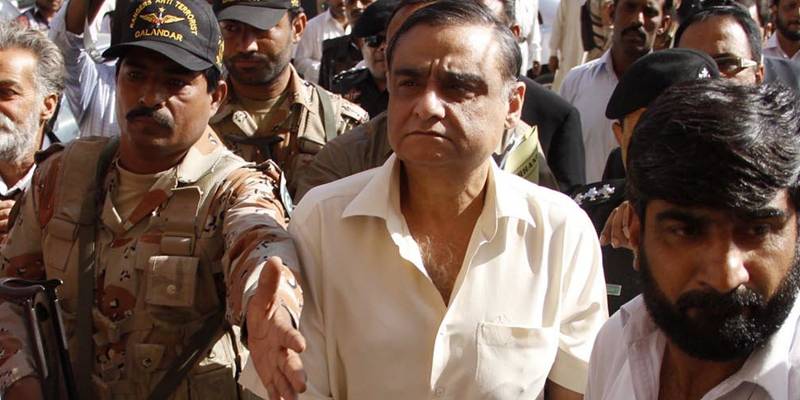 The order was passed as the former petroleum minister had moved a petition seeking permission to travel abroad on medical grounds.

A three member bench of the top court headed by Justice Dost Muhammad Khan ordered the interior ministry to struck off Asim's name from ECL while scraping the verdict issued by Sindh High Court.

The court ordered Asim to travel back to the country after receiving treatment and gave a one month time period to him in this regard.

Asim who was represented by his counsel Latif Khosa was also ordered to submit surety bonds worth Rs6 million.

In his one-page petition on August 16, Asim had contended that had fixed a doctor’s appointment for Aug 24 and sought the top court to fix early hearing of his case.

Dr. Asim — a former minister and close confidante of former president Asif Ali Zardari — faces trial in two cases of alleged corruption of over Rs450 billion and another of allegedly facilitating and treating terrorists at his medical facility — Dr. Ziauddin Hospital.

He was released from the sub-jail at the Jinnah Postgraduate Medical Centre in Karachi on March 31 this year after obtaining bail in all the cases lodged against him.

He was initially arrested by the Rangers in August 2015 and detained for around 90 days. He was later transferred into police custody.